Vice-captain of Bangladesh Test team Liton Das said on Saturday that they are eyeing to earn their maiden Test win against India.

“Of course, it’s possible to win, if we can pick one or two wickets early in the morning, it’s possible,” Liton told reporters after the end of the third day’s play of the second Test at the Sher-e-Bangla National Stadium in Mirpur.

“Definitely we are ahead at the moment and they are under pressure. If tomorrow we can come up with a good plan, definitely they will break down. That’s our goal. We need to win.

“We always know how hard it is to bat in the fourth innings in Mirpur. We knew that we had to give them a 200-220 target but the score that we actually put up, they still need 100 and it is still difficult (to get),” he added.

Bangladesh have failed to earn a single win from their 12 Tests against India so far and only managed two draws that were largely due to rain. 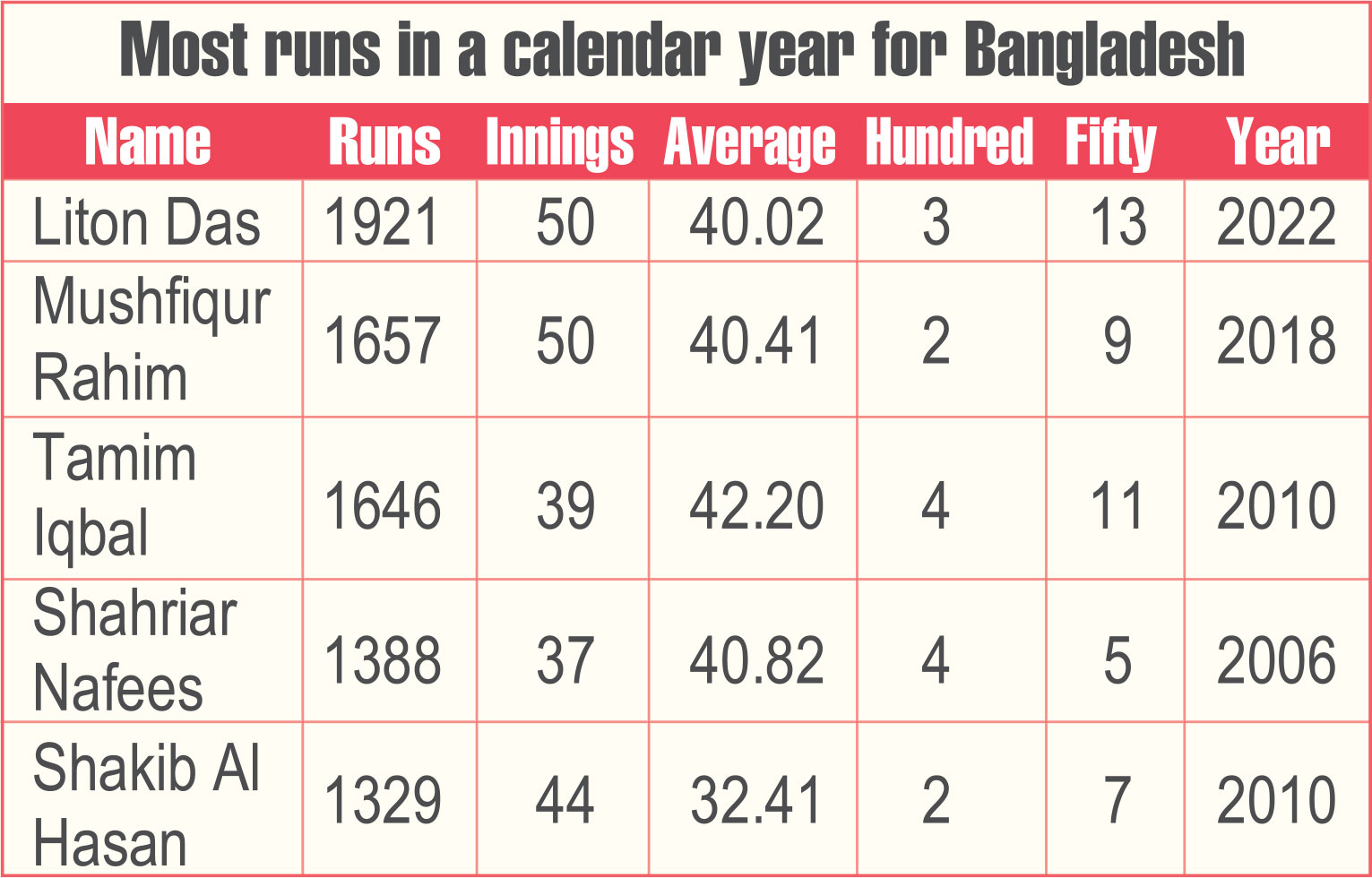 However, Bangladesh spinners caught India in spin-web to raise a prospect of a stunning victory in the second Test as they reduced the mighty sub-continent opponent to 45-4 at stumps of day three after they set them a target of 145 runs.

India have plenty of tasks ahead as they need further 100 runs to cleansweep the two-match Test series on a tricky surface where the spinners are getting enough turn and bounce to disturb the batsmen.

Axar Patel and nightwatchman Jaydev Unadkat were batting respectively on 26 and 3 runs after four of their recognized batsmen failed to negotiate the spin in the last session of the day with Mehidy Hasan Miraz picking three wickets.

Liton added that they need to make sure Rishabh Pant does not stay long in the middle as he can make a difference.

“If Rishabh bats like he usually does, it will be difficult. The scenario will change. We are bowling well and the pitch is helping us. Let’s see what happens,” said Liton, adding that they would be keen to end the year on a high after their historic win over New Zealand in Mount Maunganui earlier this year.

“There would be nothing like it. Beating the No 1 Test team in the world is the biggest achievement,” he said.

Liton, who scored 73 runs, stitched two crucial partnerships with Nurul Hasan Sohan (31) and Taskin Ahmed (31 not out) and the way they played the positive brand of cricket certainly brought back the hosts in contention.

Until that point, the tourists were truly dominating the proceedings by picking wickets at regular intervals.

“When Miraz came to bat I told him that it’s not the kind of surface where one can defend and stay for a long time. You have to counter-attack. Miraz couldn’t do it but I said the same thing to Sohan bhai. The time he spent brought vital runs no matter how long and then I told Taskin the same thing,” said Litton.

“The more you get bogged down here, the more they will dominate. The match can’t be drawn or you can bat for a long time, what you need are runs,” he said.

“So what I told everyone is that we need runs no matter how they come,” he added.