Bangladesh head coach Russell Domingo backed Mahmudullah to do well in the ongoing ODI series against India despite the intensity of the batsman dropping to a great extent and he now looked focused on surviving then scoring runs.

Bangladesh will take on India in the second match of the series in Mirpur today and the way Mahmudullah played the series opener, it certainly looks to be a concern for the team management.

Since the last 2019 ICC World Cup in England, Mahmudullah played 31 ODIs and scored 806 at the average of 40.30 that includes five fifties but his strike rate of 74.08 hardly suggest that he is dominating like the way he used to do before. 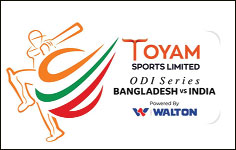 In the opening game, Mahmudullah made 35-ball 14 before being trapped in front by Shardul Thakur. Mahmudullah missed a half volley over leg stump while he also failed to capitalize loose deliveries in the middle.

Domingo certainly looked aware that his experienced campaigner is having time off as far as his confidence is concerned and spent quite a bit of time with him at the BCB Indoor on Tuesday trying to explain to him what needs to be done as he wants him to come out of his shackles.

Mahmudullah was bowled by a throw down provided by Domingo at his leg stump and afterwards he took some time before he got into his own groove by hitting the ball from the middle of his bat.

“It wasn’t about boundary hitting. It was about his intensity,” Domingo told reporters trying to explain what he was doing with Mahmudullah in the nets.

“I think his intensity dropped as he was looking more to survive than to score. That’s why he missed that half volley on leg-stump. If he was looking to score, he would have probably hit that for two or four.

“It is just making sure that we get into the routine and rhythm of being more positive than looking to survive,” he said, adding that he is not ready to accept Mahmudullah’s prime is gone.

“It was one ODI ago that he got 80. I have no concerns with him at the moment. All players go through these phases in the older phase of their careers. I still have a lot of faith in his ability and batting,” he said.

“I’m still backing Mahmudullah’s ability and experience to get us out of tricky situations,” he added.

Meanwhile, Domingo added that they are not ready to take risk with Taskin Ahmed, who was ruled out from the opening ODI for a back injury.

Although the pacer bowled at Sher-e-Bangla National Stadium on Tuesday, it looked highly unlikely that he would feature in the second ODI as well.

“Taskin had an injection about three or four days ago and he has done a bit of gym yesterday and had a bit of a bowl today for five six overs. I’m not sure we want to risk playing him yet,” said Domingo.