The estimated market value of the seized diesel is Tk 4,33,200, added the officer.

However, no one could be arrested in this connection.

The Coast Guard subsequently handed it over to Mohanpur Police Station. 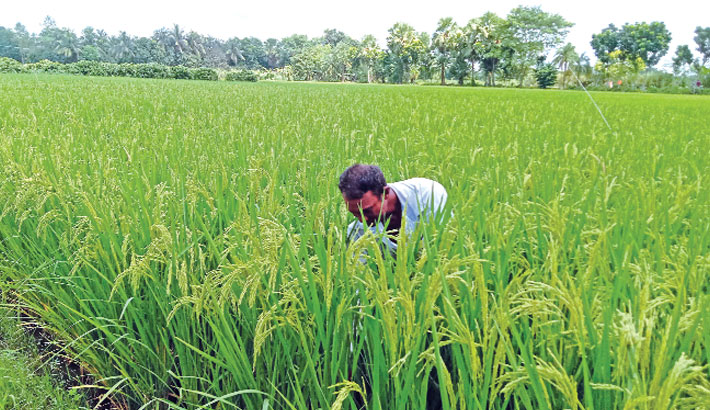 A farmer is busy taking care of Aman paddy plants at a field in Raksa village of Lalpur Upazila in Natore district. The photo was taken on Friday. – Sun Photo