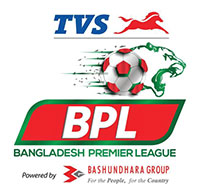 Dhaka Abahani Limited made Bashundhara Kings wait to celebrate their third BPL title after they clinched a 4-1 goals win over Swadhinata Krira Sangha during their 19th round match of the ongoing Bangladesh Premier League at the Shaheed Dhirendranath Stadium in Cumilla on Thursday.

Swadhinata’s Japanese midfielder Yuta Suzuki scored the only goal for them in the added time of the first half.

If Dhaka Abahani had lost to Swadhinata, Kings would have retained their BPL title with three matches to spare.

With the victory, Dhaka Abahani reduced the point gap to seven as they now have 41 points with Kings having 48 points from the same 19 matches.

However, Kings, which will face Saif Sporting Club at the Bir Shrestha Flight Lieutenant Matiur Rahman Stadium in Munshiganj on July 18, can celebrate their championship on the same day as a win in the contest will be enough for them to confirm the BPL title.