This island was known in antiquity as Tambapanni, Taprobane Simhaladeepa, Serendib, Ceilo, Ceylon and finally as Sri Lanka, the ‘Resplendent Island’.  Owing to its central strategic location within the Indian Ocean rim, Sri Lanka has witnessed the confluence of people, cultures, ideas and technologies for over thirty thousand years. Over these years, Sri Lanka evolved as an island society representing a vivid ethno-cultural mosaic to complement the natural beauty of its landscapes and its incredible bio-diversity.

The earliest peopling of Sri Lanka dates back to C. 30,000 BCE by prehistoric, stone-using, hunter gatherer cultures. The succeeding Early Iron Age village culture around 1000 BCE, introduced the use of metal, domesticated plants (paddy) and animals (humped bull and horse), household crafts and rudimentary water management. The Early Historic Period (c. 300 BCE) witnessed the arrival of Buddhism including social ideologies and culture of North India and long-distance trade. These resulted in the founding of inland and port cities, monasteries, intensive agriculture, sophisticated hydraulic management, aesthetically beautiful gardens and monuments. Spectacular works of sculptured art, complex monastic and sophisticated garden architecture and learned texts were produced dated to the Middle Historic Period (from c. 3rd Century CE and after) and the culture in general nurtured by Buddhist and Hindu traditions.

Sri Lanka was a production-distribution portal in South Asia during the early Christian era. The discovery of large quantities of Roman, Chinese, South Asian and West Asian coins, imported luxury ceramic ware and beads including foreign notices (from the Mediterranean to China) confirm its status as a major trading hub and portal to multiple World Systems through the Silk Route.

A portion of the surplus wealth generated from agriculture and commerce was reinvested in monumental constructions. The palace and garden complex at Sigiriya and the religious edifice of Jetavanastupa (the largest brick monument in the world scaling 400 ft. in height comparable in size to the third pyramid of Giza) including the sustenance of mega Buddhist monasteries are some examples.  These are currently recognized as iconic heritage sites presenting the country’s unique achievements and are valued economic assets in tourism. 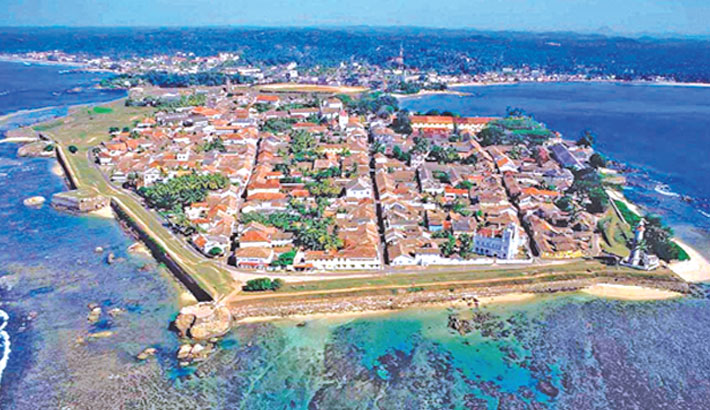 During the post 12th/13th Century, Islamic traditions were introduced through the spice trade and established a permanent cultural niche in this land.  Subsequently, from the 16th Century, governance through Western colonial regimes of Portugal, Holland and England was established. These regimes had a lasting impact on the socio-cultural and political structure of Sri Lanka. Over four and a half centuries of Western influence introduced a strong cosmopolitan flavor into the personality of this island society, forming a unique inclusive multicultural ethos somewhat different from its South Asian neighbors.

The study of heritage

Archaeology and heritage studies in Sri Lanka developed from 19th Century Oriental and Indological studies. The prevalence of material culture from prehistoric to colonial relics, a rich corpus of secular and religious literature, and extensive remains of inscriptions, sculptured art and vestiges of built environment constitute a vast repository of information to study the past.  Modern archaeology and heritage management based on scientific principles and application is a post-colonial development. The primary heritage repositories of the government are the Department of Archaeology, Central Cultural Fund (CCF) – the Custodian organization for UNESCO-declared World Heritage Sites, the Department of National Museums and the National Archives. These agencies function under the purview of the Ministry of National Heritage and Ministry of Culture and the Arts. Undergraduate and graduate study research in archaeology and heritage management is done by six universities. There is a sustained commitment by the government and universities towards the establishment of professional excellence in order to protect the tangible, intangible and mixed heritage of Sri Lanka. A high premium has been placed on best practice for the next generation of heritage specialists as an investment for the future.

The government of Sri Lanka has undertaken several initiatives to charter a sustainable heritage road map and among them are surface, sub-surface and maritime heritage excavation and conservation at heritage sites; establishment of state-of-the-art museums unfolding the inclusiveness and diversity of Sri Lanka; multiple programmes on heritage empowerment, capacity building, skills development and economic revitalization; heritage for sustainable development, revitalization of traditional crafts, environmental sustainability, tourism and outreach programmes for conflict resolution, reconciliation and peace building.

Sri Lanka is one of the few countries in the world that has a professional body of Archaeologists and Heritage Managers. Heritage and cultural property are legally protected through several Acts of Parliament such as the Antiquities Ordinance, National Archaeology Policy and mandatory requirement of an Archaeological Impact Assessment prior to any development activity.

Much of these tasks were undertaken and implemented while Sri Lanka was experiencing a 30-year civil war including a tsunami destruction of heritage sites. The State bodies and professionals came together, especially since 2006, and mobilized professional, intellectual, material and financial support from the public sector in Sri Lanka, as well as UNESCO, ICCROM, ICOMOS, and foreign missions. This included public-private sector partnership as part of creative Corporate Social Responsibility (CSR) initiatives. Heritage awareness, revitalization and empowerment programmes were carried out beyond the metropolitan areas through stake holder multi-cultural UNESCO school-clubs and people to people connectivity. Outreach heritage exhibitions were held overseas while artifact replica reproduction was fine-tuned and revitalized.  Such multiple initiatives ensured that UNESCO-declared World Heritage sites do not have a stand-alone policy but incorporate all stakeholders. This has triggered off a ripple and counter-ripple momentum. The Government of Sri Lanka has engaged itself to the fullest in ambitious and impressive projects showcasing Sri Lanka’s inclusive heritage to the world.

In the post-war period, Sri Lanka is reaping the benefits of these heritage initiatives. In just four years after the conclusion of the war, Sri Lanka came to be recognized as one of the ten most sought-after destinations for eco and heritage tourism in the world. Today the 4th Century AC World Heritage site of the Sigiriya rock palace alone nets US$10,000 per day during the high season.  The 17th Century AC World Heritage Site of Galle Dutch Fort is a vibrant tourist venue for international art and literary activities frequented by globally renowned personalities.

One of the hallmark achievements in archaeological and heritage initiatives sponsored by the government since 2006 is the conscious effort to excavate and present history beyond boundaries of parochialism.  “Archaeology of heritage” has been recognized as the most effective medium to reach out and foster greater understanding among diverse communities of their cultural pasts and shared heritage. As a consequence, a series of inclusive heritage initiatives were launched during the period of the conflict and the post-conflict period.

Among them are: the conservation of colonial relics at the Galle World Heritage city and along the southern coast; the establishment of the Galle maritime Archaeology Museum showcasing the diversity of Sri Lanka through transoceanic connectivity; a multi-religious museum at Kataragama (a shared sacred space to Hindu, Buddhist and Islamic devotees); the listing of heritage sites important to all religious groups in the north and the east and the prioritization of their development for pilgrims and tourists in a region where a war situation prevailed for thirty-odd years; the preliminary listing of Hindu, Islamic and Christian religious sites to be nominated as UNESCO-declared World Heritage sites; the listing of the Peak Wilderness site with Adam’s peak (Shri-Pada) as a mixed heritage site and sacred space for Buddhist, Christian and Islamic pilgrims; diaspora tourism initiative taken up by the CCF to receive all Sri Lankan origin visitors at the World Heritage Sites and the publication of heritage books in trilingual print (Sinhala, Tamil and English), as is the case with all museum signages.

Today, in a post-conflict era, the people of Sri Lanka are looking beyond the painful experience of a devastating civil war seeking an inclusive process of reconciliation and reconstruction. For thousands of years Sri Lanka embraced and welcomed all those who arrived at its shores and unfolded a rich and unique inclusive island civilization. Its cultural mosaic representing an identity of diversity, nurtured by a rich and shared heritage inherited from the past, is what makes Sri Lanka the “Land without sorrow” or Serendipity (Serendib). This is the proud heritage of Sri Lanka – its gift to the world. 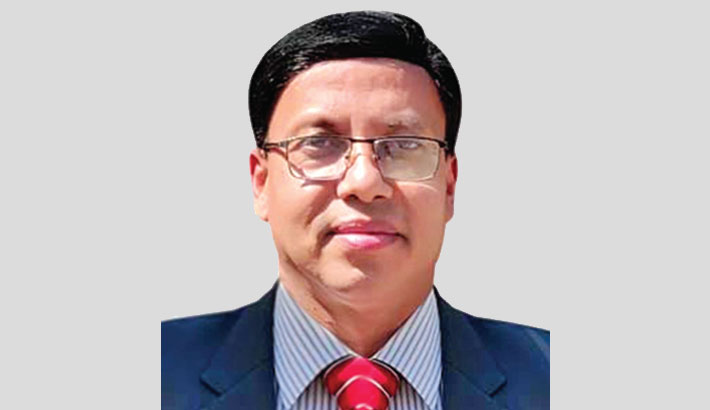