Mushfiqur made 115 not out while Liton scored an unbeaten 135 and added a record 253 for the sixth wicket to help Bangladesh to score 277-5 after coming together at 24-5.

“It is one of the best partnerships I have seen as a coach in Tests. We were 20 (24) for five and under a lot of pressure. It was an amazing effort by those two batters. Obviously, we didn’t start well this morning with a couple of false shots along with a couple of good deliveries,” Domingo told reporters after the end of the first day’s play at the Sher-e-Bangla National Cricket Stadium on Monday.

“Test cricket is hard but those guys showed amazing skill and character to get us in this good position,” he said, adding that they are well aware things can change quickly in Mirpur.

“All our focus is in the first session (on Tuesday). We know that we are two wickets away from being in a tricky position again. The average score here in the first innings here is 314. If these two can get through the first hour tomorrow, it puts us in a really good position,” he said.

“The rate was fantastic today but knowing Mirpur, the game speeds up. You can bowl a side out in two or three sessions,” he said.

Domingo said that he is impressed with the work ethic of Liton as he felt he is reaping the benefit of playing the game according to his strength.

“I think technique is a very important aspect in international cricket. I think Liton has evolved his game. He has developed a very good batting technique. He has found a good way to prepare for Tests in the last year and a half.

“But this is his third hundred. He has a long way to go. He is a fantastic player, so easy on the eyes. He has so much time. But it is pretty much the start of hopefully a successful Test career. He has a lot of work to do. He has done amazing work in the last 18 months, but he is not the finished article.

“He has taken his game to the next level. I think batting lower down the order has helped him. He will definitely become Bangladesh’s No 4 or 5 in time to come. At No 6 and 7, takes the pressure off him. He can play with intent and positivity,” he added.

Domingo added that it would have been nice if he received some kind of support from different quarters during his hard times considering he was impressed with the determination of the seasoned campaigner Mushfiqur.

“He (Mushfiqur) hits more balls than anybody I have ever seen. He has amazing determination and a desire to do well. I think a lot of the players want a little bit of love and support particularly when things are not going well for you. For sure, he has worked a little bit on his technique in the last couple of games. But he knows how to get runs. It is all about supporting players who are going through a bad run. You don’t just get rid of quality players like that if they are going through a slump. Just be patient and back their ability,” said Domingo. 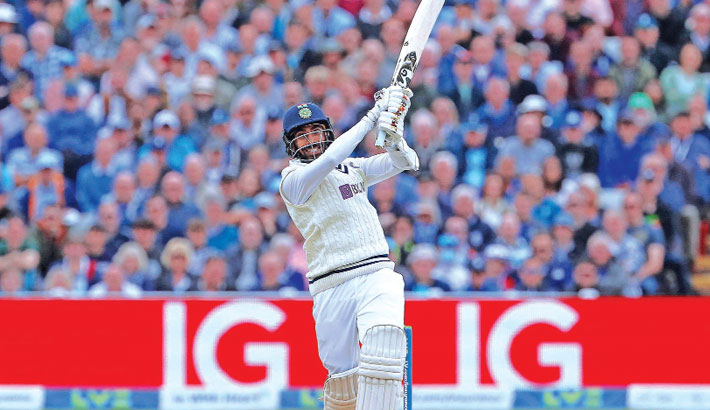