The match kicks off at 09:00pm (BST). T Sports will telecast the match.

Ahead of the match, the Kings’ Spanish coach Oscar Bruzon said that they are focusing on starting the competition with positive results.

“Bashundhara Kings, however, have experienced as we are here for the third time. We want to grow and keep the vision of doing well on the international level. We are all focused on trying to start the competition with positive results,” Bruzon told the reporters in a press conference on Tuesday. 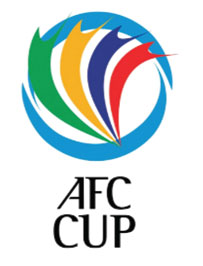 “We do have a few injury concerns but we also have really strong national team players available in the squad. We believe if we suffer, we need to become stronger, and we are brave. We will overcome missing our key players,” he said.

Bruzon also said that their Maldivian opponents are well-organised compared to last year, so the match would be a tough contest.

“Maziya are a very well-organised team compared to last year. The match tomorrow is going to be a tough contest. I expect a lot of pace and tempo from Maziya’s local players while their foreigners will provide them with a good physical presence,” the Kings coach said.

The Bangladeshi champions beat the Maldivian side TC Sports by 5-1 goals in their maiden match in AFC Cup 2020, however, the competition was later abandoned due to Covid.

Meanwhile, the Kings defeated Maziya SRC by 2-0 while playing a goalless draw with Indian team Bengaluru FC and a 1-1 draw with another Indian side ATK Mohun Bagan in 2021.

The Bangladeshi giants remained unbeaten with two wins and two draws in AFC Cups so far and they scored a total of 8 goals and conceded only two goals in all four matches in the group stage.

Maziya’s Serbian coach Miodrag Jesic said that they would not put pressure on their players rather they just want to show their quality on the field.

“We want to win as many matches as possible. We think we have a chance in the group stage, and there isn’t any pressure on the players,” Miodrag said.

Head coach Juan Ferrando is confident his ATK Mohun Bagan side are ready for the AFC Cup.

“For us, it is important to have qualified but it is also important to play well tomorrow. It’s important for my players to enjoy the game. Gokulam are in high performance (but) we’ve had three weeks to put in the work and I am satisfied with the preparation,” Mohun Bagan’s Spanish coach Ferrando said.

“To play at home is amazing. The supporters are a big advantage but on the pitch, we will be playing a strong team. We are working hard to be ready,” he said.

The hosts Mohun Bagan are also determined to make a winning start against their compatriots Gokulam Kerala, who recently clinched the I-League trophy.

Gokulam Kerala, on the other hand, want to make the game tough for the home side.

“Personally, I am a bit emotional; the budgets are different in ISL teams and us. But the budgets don’t matter to players; I am very much involved in this game, committed, and respectful towards opponents. We will not make it easy for ATK. Tomorrow, we will play for a win,” Gokulam’s Italian coach Vincenzo Alberto Annese said.

BFF gets 20-acre land to set up ‘Center of Excellence’