A new documentary on Father of the Nation Bangabandhu Sheikh Mujibur Rahman titled ‘Kolkatai Bangabandhu (Bangabandhu in Kolkata)’ will depict his life in Kolkata and describe how his each step was driven by big dream and enormous courage, says its director and renowned filmmaker Goutam Ghose on Friday, reports UNB.

In a media briefing at the Ministry of Foreign Affairs, Dhaka, he said Kolkata played a very important role in Bangabandhu’s political life and he will try his best while making the documentary as there are some emotions attached to it.

“There had been many writings but less work on audiovisual. I think ‘The Unfinished Memoirs’ and books compiled by Prime Minister Sheikh Hasina are authentic and I made my script for the documentary based on their remarks,” said the Indian filmmaker, adding that “there must be a cinematic element and I tried on that front.” 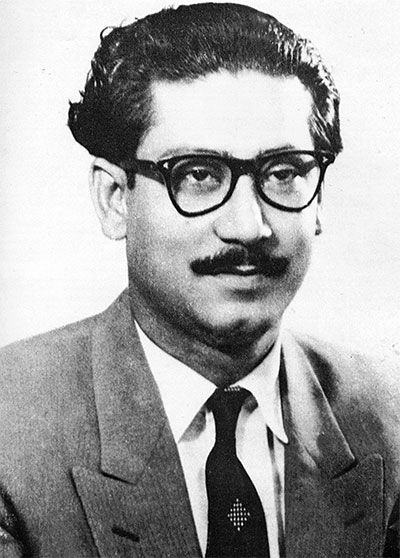 Sharing personal experience, Momen hoped that it will be a very good documentary and unique one and all required support will be extended for a good production.

Shahriar said film director Goutam Ghose will visit different places in Dhaka and Tungipara in the next one week and will do the necessary shooting work for the production of this documentary. He also has an interview with the Prime Minister.

“We hope that by the end of the shooting period in Bangladesh and the rest of the work in Kolkata, we will be able to release the documentary by next June,” he said.

A Memorandum of Understanding (MoU) was signed on 19 March 2022 at the Bangladesh Deputy High Commission in Kolkata to make the documentary.

The 30-minute documentary is scheduled to be completed by June 2022 after shooting in Kolkata where there are innumerable memories of Bangabandhu associated with, and Bangladesh, he said.

On April 4, the preliminary work of making this documentary started at Maulana Azad College (formerly known as Islamia College) in Kolkata, which is associated with the memory of Bangabandhu.

Bangabandhu studied at Islamia College in the academic year 1945-46 and at that time he was elected General Secretary of the College Students’ Sangsad.

Bangabandhu was then a resident student of room number 24 of the Government Baker Hostel which is now reserved as Bangabandhu Memorial Room, Shahriar Alam said.

‘Bon Manush’ to be staged at BSA today

Hasan Morshed’s 10 years behind the camera