Independence Award for a War-wounded Freedom Fighter, Salute to PM

In 1996, her previous government had provided gallantry awards and certificates to the freedom fighters and took initiatives so that they could get state honour after their death. Sheikh Hasina’s administration is also working to preserve the historic sites of freedom struggles across the country so that the new generation can learn the actual history of Bangladesh Liberation War.

On December 1, 2018, gallantry award-winning freedom fighter Taramon Bibi, Bir Pratik, gave an exclusive interview to the state-run BSS just a month before her death. In that exclusive interview, she highly praised the PM for her deep respect towards the freedom fighters. She said, “I always feel the warmth of love, affection and touch of Sheikh Hasina as she embraced me on several occasions and enquired my whereabouts as an elder sister and daughter of Father of the Nation Bangabandhu Sheikh Mujibur Rahman.” 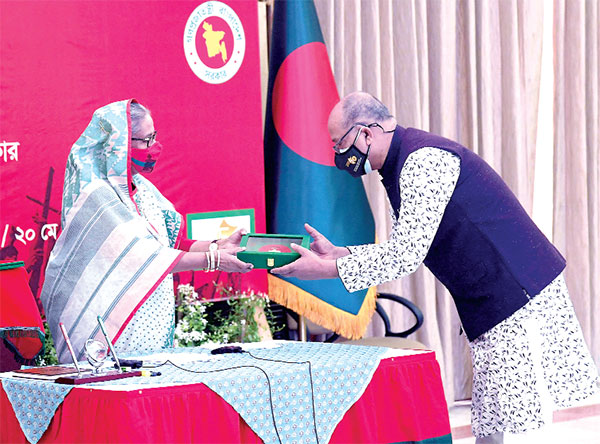 On the birth centenary of Bangabandhu Sheikh Mujibur Rahman and the 50th anniversary of independence of Bangladesh, the Premier has recognised a war-injured freedom fighter, Dr M Amjad Hossain, with ‘Swadhinata Padak’ 2021 for his remarkable contributions in social service. "Receiving such rare honour on the birth centenary of Bangabandhu is a matter of  pride for a war-wounded freedom fighter like me," he shared his feelings with this writer.

In 1971, Dr Amjad gave leadership in guerilla warfare at 15 Pakistani camps in Dinajpur under Sector No-7. On July 31, he was shot at his two legs by the Pakistani troops in an operation conducted at a village named Bheram in Fulbari.

The official citation of the prestigious award that he received in social service/ public service category is as follows:

“Professor Dr M Amjad Hossain, the Chief Consultant of the Orthopaedic Department of LabAid Hospital, has been performing trauma and hip-knee replacement surgery at an affordable cost. In the meantime, more than 4,000 surgeries have been performed under his guidance. From 1981 to 2007, he acted as the Honorary Health Adviser of Bangladesh Muktijodhya Kalyan Trust and till now he has been rendering free treatment to the freedom fighters. At the call of Father of the Nation Bangabandhu Sheikh Mujibur Rahman, he got  involved in Bangladesh Liberation War in 1971. His established AB Foundation which has been rendering free healthcare service to the poor as well as facilitating embroidery work for distressed women. Pre-schooling programme for neglected children is underway in 11 child development centres and various development schemes are also progressing fast. Professor Dr M Amjad Hossain is being honoured with ‘Swadhinata Padak’ in recognition to his contributions in social service. He is being requested to receive the award from Prime Minister Sheikh Hasina.”

As part of social service, the valiant freedom fighter has set up a school on five acres of land in a serene atmosphere at his native village Chirir Bandar in Dinajpur in January 2001. He has named it after his parents as Amena Baki Residential Model School. Imagine a school, where love abounds, where there is warmth and caring discipline, where people speak freely without fear, make mistakes and learn from them. Imagine a school where children's voices are heard, where they are encouraged to think for themselves, to ask questions, to learn not just from books but from the world around them. A school where children mostly from underprivileged background come together to learn. A place where a small seedling can grow into a big beautiful tree…This is Amena Baki Residential Model School, the freedom fighter’s legacy.

Later, a college section has been added to the school which is spreading the light of education to the underprivileged people.

Amena Baki Residential Model School and College aims to rear students through a joyful and loving environment that nurtures physical, emotional, social, and spiritual development. Academic excellence is of course the priority, along with community outreach. The founder, while setting up the school, envisioned an enriched curriculum that develops each child's understanding, creativity, critical thinking and life-long love of learning. He was always motivated to nurture the unique potential of each learner. The institution earned a reputation for itself in the very first year of its establishment when seven students got scholarship of Bangladesh Kindergarten Association. From then on, its success stories followed. “Students always performed well because teachers here constantly monitor students' activities. They also provide individual attention to all of them and maintain a record of their progress," said Amjad, adding that the students are hard-working. Many of them come from very poor background and shine today just because they can. All they need is an opportunity. The educational hub places special emphasis on the needs of poor students."

It has also a mini children's park and stresses cross-disciplinary approaches to complex problems. Besides excellent academic result, students undertake environmental study tours and join tree plantation and awareness-creating campaigns led by teachers. Sports and cultural activities are a routine affair. International Mother Language Day, Independence Day, Victory Day and other national days are observed in a befitting manner. With only 134 students when it first started, it is quite a feat that now there are several hundreds of students, both girls and boys and a large number of them are resident students. Other than academic buildings, laboratories, a library and an auditorium, the institution also has a large playground on the campus. Apart from academic activities, the school encourages students to take part in a range of diverse activities such as music, theatre, dance, nature club, environmental protection, publishing in-house magazines, organising debates and lectures and participating in inter and intra school competitions. The activities improve creativity, enhance confidence levels, inculcate discipline and enhance leadership qualities and abilities.

Surrounded by flower and fruit gardens, the freedom fighter's institution provides improved health care facilities to students. Milk and fish are supplied to them from the school farm. Now the school has many facilities that were not heard of in rural Bangladesh many years ago. Computer education is compulsory here. 'Technology will play a major role in transforming Rural Bangladesh into digital Bangladesh,' believes Dr Amjad. Amena Baki Residential Model School and College is truly a 'model' that others can emulate. Chirir Bandar's success story has attracted the attention of the Prime Minister who appreciated the sincerity of the war-wounded freedom fighter by bestowing upon him the state award.

Independence Award for a War-wounded Freedom Fighter, Salute to PM 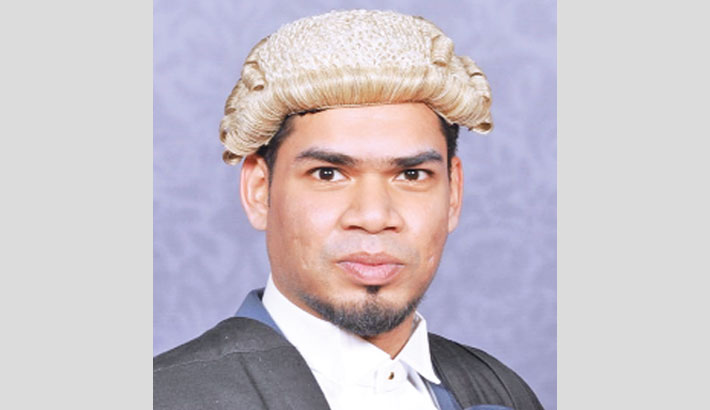