Minister Group Dhaka clinched their first win in the ongoing Bangabandhu Bangladesh Premier League T20 after they defeated Fortune Barishal by four wickets in their third match at the Sher-e-Bangla National Stadium in Mirpur on Monday.

Dhaka’s Caribbean recruit Andre Russell provided a brilliant all-round performance in their victory as he claimed 2-27 to help his side restrict the opposition to 129-8 before he scored an unbeaten 31 off 15 balls to steer Dhaka to 130-6 in 17.3 overs.

Skipper Mahmudullah also played a key role in their win as he struck run-a-ball 47 and put up a crucial 69-run stand with Shuvagata Hom (29) to bring their side back in the match after they were reduced to 10-4 in the third over. 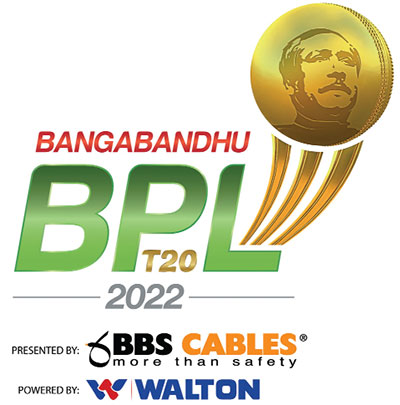 Earlier, Chris Gayle, who was playing his first BPL match this season, made the highest 36 off 30 balls while Dwayne Bravo and Shakib Al Hasan scored 33 not out and 23 runs respectively but the others failed to make decent contributions that made Barishal content with a below-par total after being sent into bat first.

After a steady stand between Mahmudullah and Shuvagata, the latter was dismissed by Bravo which brought Russell into the middle.

Russell then demonstrated what he’s known for, a power-hitting batting display and he struck three fours and two fours to help his side chase down the target comfortably.

Mahmudullah was dismissed by Shakib when his team was just one run short of the target and with the scalp, the left-arm spinner became the only fifth bowler in T20s to claim 400 wickets after Bravo, Imran Tahir, Sunil Narine and Rashid Khan.

Meanwhile, Chattogram Challengers registered an impressive 25-run victory over Khulna Tigers to complete back-to-back wins in the ongoing edition of the tournament on the same day.

Benny Howell (34 not out), Sabbir Rahman (32) and Mehidy Hasan (30) all scored on the thirties as Chattogram posted 190-7 - the highest total in the ongoing BPL so far – after Khulna decided to bowl first.

In reply, Yasir Ali struck 40 off 26 balls while Mahedi Hasan made 30 but a disciplined bowling from Chattogram saw Khulna getting restricted to 165-9 and suffering their first defeat in the ongoing season.

Apart from the defeat, Khulna suffered another blow in the match as Sikandar Raza had to replace Andre Fletcher as concussion sub in the seventh over of their innings.

Fletcher was batting on 12 runs when a ball bowled by Rejaur Rahman Raja bounced awkwardly and the ball hit his neck right under the helmet.

He immediately fell down on the wicket and later was taken off the field on the stretcher.

“He is out of danger but we are taking him to hospital as part of precaution,” Khulna manager Nafees Iqbal informed the reporters after the match. Raza made 22 off 12 balls while coming in as a concussion sub of Fletcher.