GAIBANDHA: Maize cultivation has gained popularity among the char dwellers of the district as it has been playing a significant role in earning and changing the lots of the farmers for last few years.

Department of Agricultural Extension (DAE) sources said maize cultivation to the char people was not popular even a few years back as the growers then incurred huge losses due to lack of its demand and fair prices.

With the flourishing of the poultry sector in recent years, the demand of maize increased to a great extent unleashing the char dwellers to cultivate the food grain for five years with much enthusiasm.

Cultivation of maize on vast tracts of abandoned and sandy char lands of Sundarganj, Sadar, Fulchhari and Saghata upazilas brought a revolutionary change in people’s fate.

Cultivation of maize has been contributing significantly to the poverty reduction and achievement of self reliance for last few years as farmers are getting fair prices, he also said.

Abdul Gani, a successful farmer of Karaibari char under Kamarjani Union of Sadar Upazila, said he got 280 maunds of maize through cultivating on 10 bighas of char land last year.

If the thousands hectares of char land are brought under maize cultivation systematically, the overall socio-economic condition of the char people will be changed, no doubt, he also said.

Deputy Director of the DAE Md Belal Uddin said a total of 15,250 hectares of land of the district were brought under the maize cultivation this year.

The farming might increase during the current season, he said, adding that necessary measures had been taken to ensure the supply of fertilisers, pesticides and other agri inputs to the growers to make the maize farming a grand success here.

Call for making Vitamin A plus campaign a success 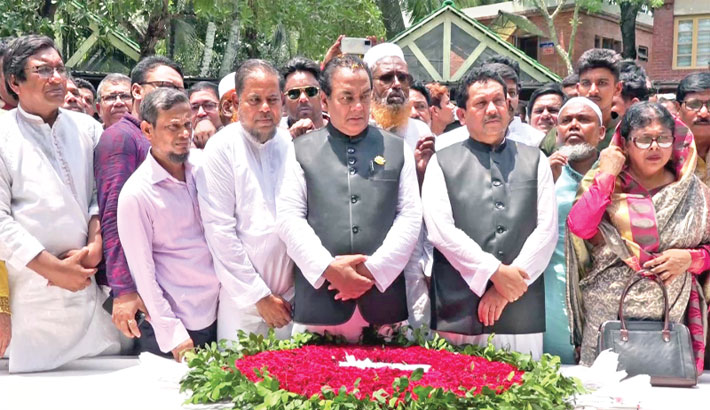