"I'm happy and honoured to win this award, and I feel very proud," said Lewandowski who scored a total of 48 goals for club and country in 2020-2021.

Lewandowski scored three times for Bayern at the weekend taking his 2021-2022 season tally to 39 goals in 33 matches.

The trophy was some consolation for the Polish striker who lost out to Messi for the older and rival award the Ballon d'Or in November. 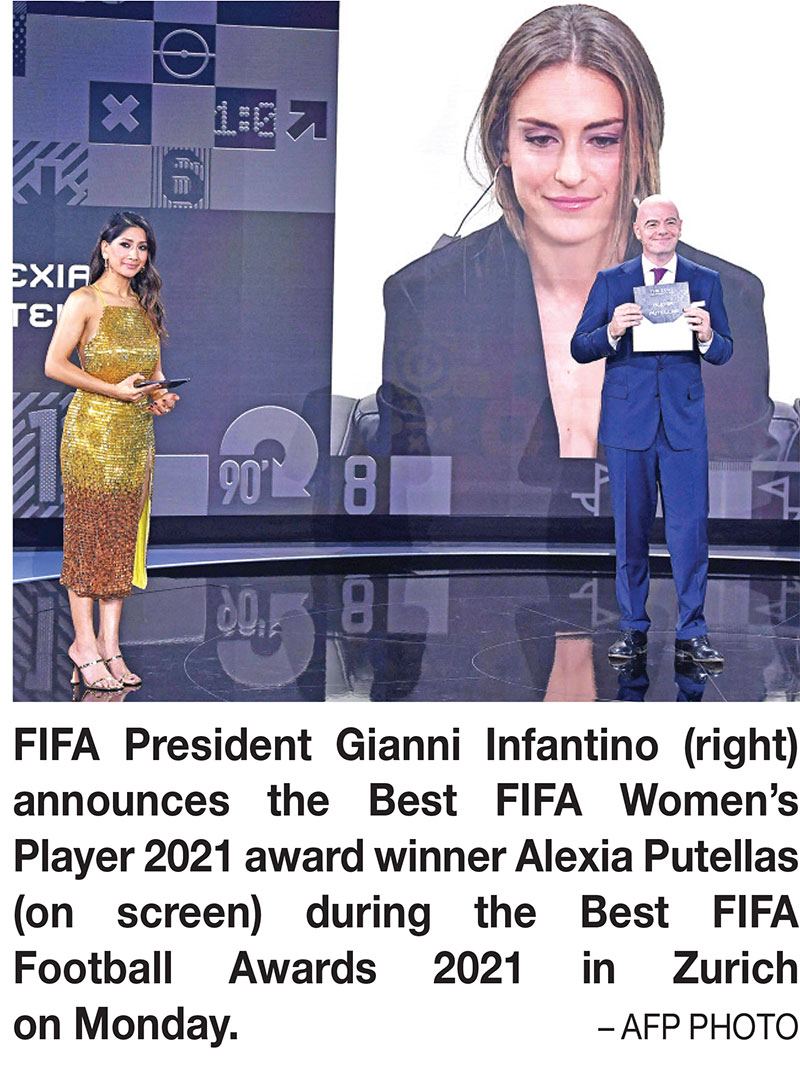 For Putellas, it marked an awards double as the Spaniard triumphed over Barcelona team-mate Jennifer Hermoso and Chelsea's Australian striker Sam Kerr, just as she did for the Ballon d'Or.

The 27-year-old midfielder enjoyed an exceptional 2020-2021 season with Barcelona, leading the Catalans to the Spanish league and cup double as well as the Champions League.

The best starting women's 11 however featured no Barcelona player.

Cristiano Ronaldo won the Special Award in recognition of setting a record of most international goals scored for his country, beating Ali Daei's long-standing mark of 109 for Iran.

"I never expected to beat this record, and I thank my teammates from these past 20 years," said Ronaldo, who also holds the record for 140 Champions League goals.

Chelsea picked up both coaching awards through Thomas Tuchel and Emma Hayes.

German coach Tuchel arrived at Chelsea half-way through the season, and transformed an under-achieving side into a ruthless unit to win the prestige Champions League title.

"I'm overwhelmed," said Tuchel. "I enjoy being here, its a good fit."

Erik Lamela, now of Sevilla, won the best goal award for his trick rabona shot for Spurs in the North London derby.

The medical staff and players of Denmark, who had to deal with Christian Eriksen's collapse on the field at the Euro won the "fair-play" award.