The nation observed Sheikh Russel Day on Monday for the first time by celebrating 58th birthday of Sheikh Russel, the youngest son of Father of the Nation Bangabandhu Sheikh Mujibur Rahman.

Sheikh Russel, the youngest brother of Prime Minister Sheikh Hasina, was born at historic Bangabandhu Bhaban on Dhanmondi 32 in the capital on October 18, 1964.

But, he was killed along with Bangabandhu and most of his family members by a group of disgruntled army officers on August 15, 1975 when he was a fourth grader at University Laboratory School.

The government took the initiative to observe the day as ‘Sheikh Russel Day’ nationally by listing it in A Grade.

Sheikh Russel Jatiya Shishu-Kishore Parishad organised the function under direct supervision of the Information and Communication Technology (ICT) Division at the Bangabandhu International Conference Centre (BICC) in the capital.

Ten children in five categories -- education, sports, science and technology, fine arts-literature-culture, and children with special needs -- were awarded the Sheikh Russel Gold Medal for their outstanding contributions to the respective fields.

The awards include a medal weighing one tola of gold, a laptop and a certificate. Prizes were also distributed among the winners of the quiz competition.

Besides, laptops were distributed among 4,000 freelancers out of 40,000 participants under the Learning and Earning Development Projects (LEDPP) for their outstanding performance.

Earlier, the premier unveiled a stamp along with an opening-day cover and data card from Ganabhaban.

Jatiya Sangsad Secretariat organised a discussion where Speaker Shirin Sharmin Chaudhury spoke virtually while Finance Minister Tipu Munshi addressed at a discussion of the ministry on the occasion.

Wreaths were placed at the portrait of Bangabandhu in front of Bangabandhu Memorial Museum in the morning while a children’s film was screened at Shishu Academy Auditorium.

A milad and doa mahfil will be organised at Shishu Academy Mosque while a photo exhibition was arranged at Sheikh Russel Gallery of the academy.

To mark the day, ruling Awami League and its associate bodies, and different socio-cultural organizations have taken various programmes to observe the day.

The ruling party paid rich tribute to Sheikh Russel by placing floral wreaths at his grave at the Banani graveyard.

Later, the ruling party leaders of Dhaka north and south units and leaders from AL associate bodies, among others, paid tributes. After paying the tribute, a special doa and munajat were held.

To mark the day, a discussion will also be held at 3:30pm today at AL central office in the city's Bangabandhu Avenue area with Prime Minister and AL President Sheikh Hasina in the chair.

The day was also observed at Bangladesh missions abroad while different dailies published special supplements highlighting the significance of the day.

Besides, an art competition titled ‘Shaheed Sheikh Russel Shishu Chitrankon Protijogita 2021’ was held on the premises of Sheikh Russell Krira Chakra Club in Bashundhara Residential Area in the capital.

Dhaka University observed the day through holding elaborate programmes. A mural of Shaheed Sheikh Russel, set up on the premises of University Laboratory School and College, was inaugurated on the occasion.

On the occasion, teachers, students and employees of Dhaka University paid homage to Sheikh Russel by placing wreaths.

A cake was also cut at the University Laboratory School and College and a discussion was held on the life of Sheikh Russel. 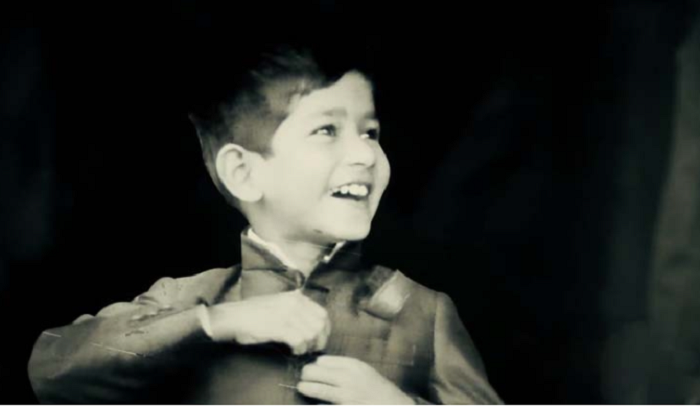 'Sheikh Russel Day' to be observed on Oct 18