The 58th birthday of Sheikh Russel, the youngest son of Father of the Nation Bangabandhu Sheikh Mujibur Rahman, will be celebrated across the country today.

This day in 1964, Sheikh Russel, the youngest brother of Prime Minister Sheikh Hasina, was born at historic Bangabandhu Bhaban on Dhanmondi 32 in the capital.

Sheikh Russel was killed along with Banggabandhu and most of the family members by a group of disgruntled army officers on August 15, 1975 when he was a fourth grader at University Laboratory School.

For the first time, the day will be observed as ‘Sheikh Russel Day’ as the Cabinet on August 23 approved a proposal for listing it in A Grade to observe the day nationally.

To mark the day, the premier will unveil a stamp along with an opening-day cover and data card from her official residence Ganabhaban in the capital. Later, she will inaugurate ‘Sheikh Russel Day 2021’ virtually from Ganabhaban and distribute prizes among the winners of different competitions at Bangabandhu International Conference Centre.

Different ministries and divisions, including Ministry of Women and Children Affairs, Information Communications Technology Division, Ministry of Fisheries and Livestock and Ministry of Agriculture have chalked elaborate programmes on the occasion.

As part of the programme, the ICT Division will hand over 10 gold medals to quiz winners. Some 4000 laptops will also be distributed among the quiz winners across the country.

On the occasion, two e-posters have been published at the initiative of the Father of the Nation Bangabandhu Sheikh Mujibur Rahman’s Birth Centenary Celebration National Implementation Committee.

The national implementation committee has requested all to spread the e-posters in electronic, online and social media on behalf of the committee to celebrate Bangabandhu’s birth centenary.

Awami League and its associate bodies and different socio-cultural-political organisations have taken up various programmes to mark Sheikh Russel’s birth anniversary.  The programmes include placing wreaths at his grave at Banani graveyard, milad and doa mahfils.

Awami League will hold a discussion at its headquarters on Bangabandhu Avenue in the capital at 3:30pm with Awami League President Sheikh Hasina in the chair.

Road Transport and Bridges Minister and AL general secretary Obaidul Quader in a statement on Sunday urged the party leaders, supporters and well-wishers to celebrate the day in a befitting manner.

Besides, an art competition titled ‘Shaheed Sheikh Russel Shishu Chitrankon Protijogita 2021’ will be held on the premises of Sheikh Russell Krira Chakra Club in Bashundhara Residential Area in the capital.

Jubo League, the youth wing of the ruling Awami League, handed over 22 houses to homeless people, marking the day.

Dhaka University will observe the day through elaborate programmes. A mural of Shaheed Sheikh Russel, set up on the premises of University Laboratory School and College, will be inaugurated on the occasion.

It will be open to all to pay floral tribute to Sheikh Russel every year from now on.

On the occasion, teachers, students and employees of Dhaka University will pay homage to Sheikh Russel by placing wreaths at his mural at 7:00am.

A cake will also be cut at the University Laboratory School and College at 11:00am and a discussion will be held on the life of Shaheed Sheikh Russel.

Drawing, poetry recitation, music, impromptu speech and essay competitions have been organised for the students to mark the day.

A doa and milad mahfil will be held in every hall and residential area of Dhaka University, including the Central Mosque of the university. 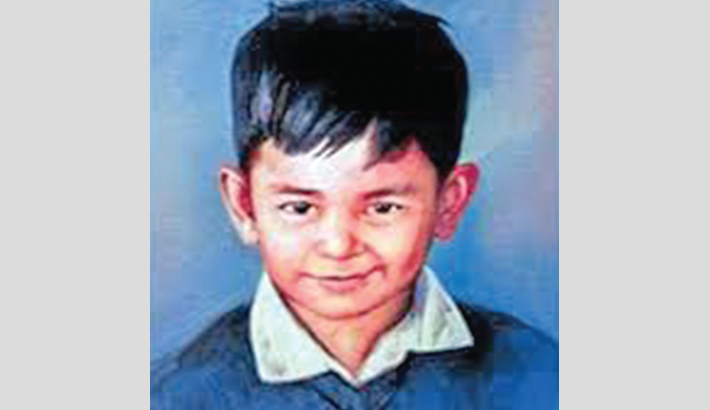