Prime Minister Sheikh Hasina, who is now in Washington DC, inaugurated the newly constructed "Bangladesh House" at Maryland in the USA, reports BSS.

The Prime Minister also took part in a prayer after inaugurating the “Bangladesh House”.

She earlier planted a sapling of Fringe Tree at the house.

During her stay at New York from September 19 to 24, the Premier participated in the UNGA session at the UN Headquarters and high voltage side events.

The Prime Minister left New York for Washington DC on September 25 after wrapping up her week-long official visit there.

During her stay in New York, Sheikh Hasina addressed the general debate of the 76th UNGA session.

She also attended the several high-level and closed-door meetings as well as bilateral talks with head of governments, states and organisations. 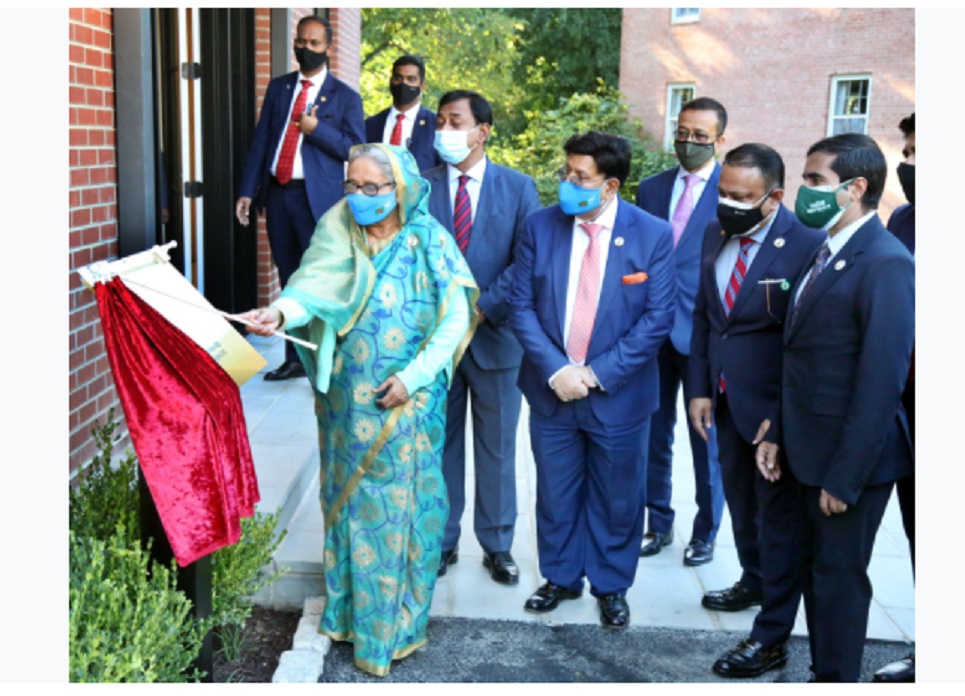