Ronald Koeman's future as Barcelona coach may already be decided but the outcome of the next two games, starting with Benfica in the Champions League on Thursday, could buy him some extra time.

Three matches without a win and a press conference in which Koeman cancelled questions and demanded support felt more like the final week of a tenure about to be brought to an end.

But a 3-0 victory over Levante on Sunday has, at least briefly, lifted the mood ahead of a week that is likely to be taken as a litmus test for whether Koeman returns from the international break still in charge. 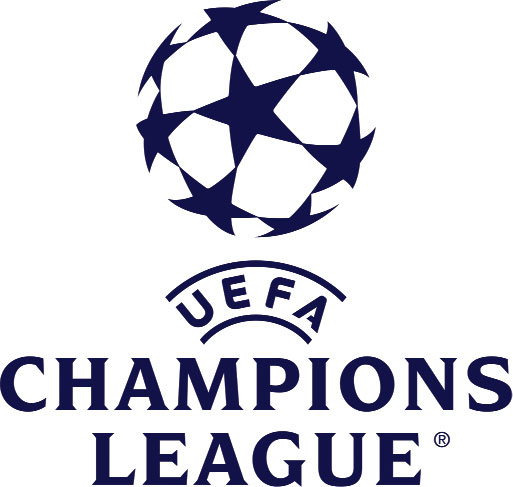 After facing Benfica, with the pressure on in Group E after the opening defeat by Bayern Munich, Barcelona play on Saturday away at Atletico Madrid, La Liga's reigning champions, who are enduring a rocky start themselves.

A loss in either game, even at this early stage, would represent a damaging blow to Barca's hopes in either competition and perhaps convince the board the need for change is now.

Manchester United cross paths with Villarreal once more in desperate need of a win to avoid another European embarrassment and ease the rising pressure on Ole Gunnar Solskjaer.

The Yellow Submarine emerged 11-10 winners from a marathon penalty shootout when the sides last met in the Europa League final in May to win their first ever major trophy. 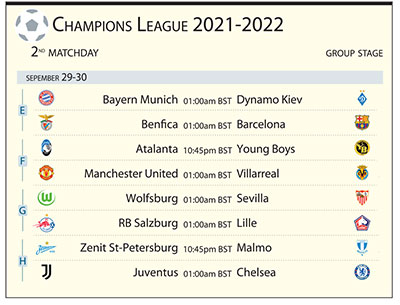 Federico Chiesa has started his second season at Juventus with an uncertain position in coach Massimiliano Allegri's plans despite being one of the heroes of Italy's Euro 2020 triumph.

Six matches into the Serie A season Chiesa has started in fewer games than he did helping Italy win this summer's European Championship, with Allegri focussing on Paulo Dybala and Alvaro Morata as the lynchpins of his Juve attack.

However with that pair injured and out of Champions League visit from defending champions Chelsea, Chiesa will be among those looking to profit with another decisive performance.

He levelled the scores in Juve's 3-2 win at Spezia midweek with a typical piece of skill and persistence, nutmegging Dimitrios Nikolaou before forcing home his only goal of the season so far.