9/11 Revisited and Dents in US pride

Exactly twenty years back on this day, September 11th two Boeing 767 aircrafts loaded with high powered explosives and 157 passenger on board flew straight into the Twin Towers (the original World Trade Centre) of New York City, known to be the tallest building in the world at that time at 1,776 feet causing them to collapse in less than two hours. Needless to say the buildings used thousands of tonnes of steel structures and other prefabricated building materials. The incident caused catastrophic damage to ten other large structures in the surrounding area. The incident was traced back to have been carried out by the Al-Qaeda, a militant organisation, which is widely regarded as a terrorist group founded in 1988 by Osama bin Laden and few other Arabs during the Soviet-Afghan War (1979-1989). Osama bin Laden, before he founded the Al-Qaeda, was in good relationship with US and though he had operatives in many other countries of Africa and Asia, his main training and staging station was in Pakistan. Later Laden shifted his headquarters to Afghanistan and played an important role in spreading militancy and terrorism in many parts of the world in the name of Islam. During his life time he merged Al-Qaeda with a number of other militant organizations from around different parts of the world and on several occasions its leaders declared ‘holy war’ against the United States which, according to them, sponsored militancy and terrorism and exported wars against Muslim countries.

In course of time it trained tens of thousands in paramilitary skills and its agents were engaged in numerous terrorist attacks on US establishments in Kenya, Tanzania, and Yemen and even in Pakistan, before finally bringing down the Twin Towers. Laden was killed by US forces in Pakistan in 2011. During his life time Bin Laden become a symbol of terror and militancy. Bin Laden was a Saudi Wahhabi Sunni Muslim and he had a preconceived idea that whoever did not believe in his thought of Wahhabism is disobeying the tenets of Islam. Unfortunately he could even indoctrinate some people in Bangladesh who believed in his doctrine and thoughts.

The aircrafts that struck the Twin Towers were hijacked mid-flight by 19 Al-Qaeda terrorists. The flights were travelling from the north-eastern US to California. The hijackers had trained pilots among them. The planes hit the Twin Towers between 8.46 am and 9.03 am. A third flight flown from Dulles International Airport in Washington DC was also hijacked at around the same time and crashed into the west side of the Pentagon, the headquarters of the US military. Another plane crashed into a field in Pennsylvania. On the morning of the incident not only buildings collapsed or Pentagon damaged virtually it hit in the heart of US pride and for a while ruined the myth the of US invincibility as a military power. The attacks resulted in about 3,000 fatalities and over 25,000 injuries in addition to causing of additional damage of at-least US$ 10 billion. 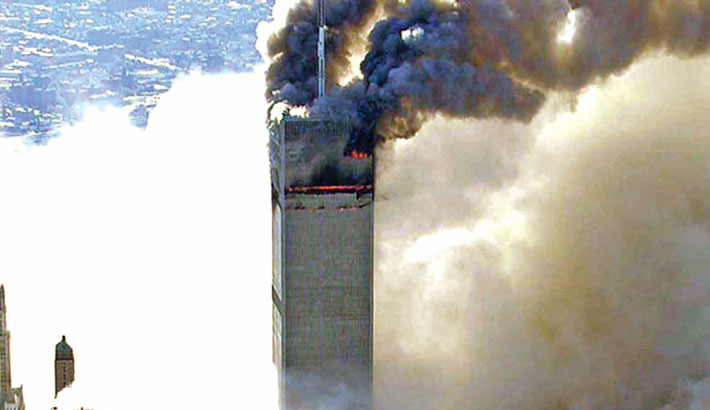 Could the deadly incident of 9/11 be avoided? Though theories on this abound, one plausible thought was shared by Lawrence Wright on July 3, 2009. Wright is an American writer and journalist who also contributes to the New Yorker magazine. In his commentary published in the New Yorker titled ‘The Agent-did the C.I.A stop an F.B.I detective from preventing 9/11’? After reading his commentary one would be tempted to conclude that yes, C.I.A stopped an F.B.I detective from preventing the 9/11 disaster. Wright writes about a Lebanese born F.B.I agent Soufan, a liberal Muslim whose family migrated to US in 1987 when Soufan was just sixteen. The family settled in Pennsylvania and Soufan in 1997 received his master’s degree in International Relations from Villanova University outside Philadelphia. Though he wanted to complete his Ph.D. he sent his resume to F.B.I and to the amazement of Soufan F.B.I recruited him as one of them. His knowledge of Arabic and his Middle East background were added advantage besides the contents in a standard resume. Soufan got his training in F.B.I Academy in Quantico, Virginia and was assigned to a unit which concentrated mainly on paramilitary militant group Hamas. But within a short time Soufan was transferred to another group that dealt with A-Qaeda terrorists as the Al-Qaeda militancy was growing in many parts of the world including US and Europe. On 12th October 2000 a suicidal attack by a group of Al-Qaeda against USS Cole, a guided missile destroyer of US Navy in the port of Aden in Yemen left the ship severely damaged. As Soufan spoke Arabic he was sent to Yemen to investigate into the matter.

Soufan was trained to go into the depth of the matter, to dig out the unknown and give his own version of interpretation. As an F.B.I agent he had to work closely with C.I.A agents. He was trained to trace an incident back to its origin. During the investigation of the Cole incident he unearthed conspiracies of not only of the Cole incidents but also of would be incidents that were planned in hotels in Washington D.C, Kuala Lumpur and Bangkok. Soufan also concluded some of the key operatives of Al-Qaeda where in US and planning something big. He passed on the information to the C.I.A but it did not pay the attention or give it the importance it deserved and the end result was the 9/11. Many commentators think that if the C.I.A was a bit more careful and spent more time with Soufan’s regular reports shared with them by the F.B.I, 9/11 would perhaps been avoided.

The world was never the same again after the 9/11. Though the 9/11 mastermind Khalid Sheikh Mohammed, known as one of the right hand trusted men of Bin Laden was hiding in Pakistan the then US President George Bush jr., wrongly thought the perpetrators were all hiding in the Afghanistan’s Tora Bora region. Afghanistan was at that time struggling to survive under the ferocious Taliban rule and the country was facing a humanitarian disaster. It was struggling to come out of the scurvy and cholera epidemic. Food shortage took the country to the brink of near famine. That is when US President George Bush in retaliation of 9/11 wrongly decided to strike at Afghanistan’s Tora Bora region. The US air force dropped at least 18 thousand bombs virtually killing no militants but some innocent civilians. Addressing his allies in the NATO he said ‘you are either with me or you are with them.’ Soon NATO joined Bush and began the twenty year war in Afghanistan that ended in shame on last 15th August. Again US pride was brought down to the ground by a group of ragtag ill equipped Taliban. The whole episode seemed like a scaled up version of Saigon in April of 1975. The perceived invincibility of military might of US collapsed like a house of cards.

Following the invasion of Afghanistan, the US lead coalition invaded Iraq in 2003 disregarding UN Security Council resolution on the false pretext that Iraq’s President Saddam Hossain was stockpiling `Weapons of Mass Destruction’ to be used against US. Saddam was also perceived that he is sponsoring militancy both of the allegation proved to be utterly false. Though Saddam was a despotic ruler, people were happy under his rule and he may be accused for all sorts of human rights violation but definitely not for patronizing religious militants. US forces not did not only invade Iraq and dismantle the country it also cruelly executed the Iraqi President Saddam Hussein on the day of Eid-ul-Azah. As if all these were not enough in 2011, the US led coalition invaded Libya with the excuse that the Libyans needed more of democracy. Libyans under the rule of another despotic ruler Muammar Gaddafi were one of the happiest people in the entire African continent. Today that same Libyans are also facing a similar humanitarian disaster like those in Iraq or in Afghanistan. US tried to dislodge Bashar al-Assad of Syria but due to his stubbornness and the backing of the Russians he is still standing tall. There are allegations that US even ferried militants from Afghanistan to Syria to fight Assad forces but did not succeed.

What began with the tragic collapse of Twin Tower on 11th September of 2001 ended in a terrible chaotic situation not only for the US and its allies but also for the rest of the world. Religious militancy and terrorism, what was once confined to Afghanistan and Pakistan, now has to a great extent become a headache for the rest of the world. Three US presidents, George Bush, Barack Obama and Donald Trump must share the blame for making the world much more restive than it ever was. The current President Joe Biden at-least, though in shame, has pulled out the US and NATO troops from Afghanistan. But he was only executing the decisions reached earlier by the Trump Administration in with the Taliban, the very ‘enemy’ they fought for twenty years and lost. However, though US lost all the aforesaid expeditions, the US contractors made billions of dollars out of the chaos in Afghanistan, Iraq and Libya in the name of reconstructing the damaged structures. Though all wars after the Second World War ended in huge human loss for America, its monetary gains were staggering. However, the world hopes the ignominious defeat in Afghanistan should deter US from exporting wars in other countries in any sort of false pretext. Rest of the world deserves some peace as in this century many of the developing countries are looking forward for a better living condition and development for their people and war or unrest of any kind will just be stumbling blocks. In such endeavours, the US has a much better role to play as it did earlier. 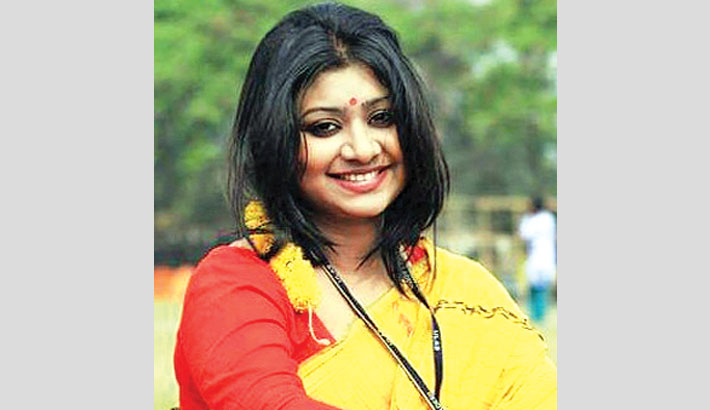