Inability to start regional cricket is our biggest failure: Nazmul

Bangladesh Cricket Board President Nazmul Hassan Papon on Thursday admitted that their not being able to form regional cricket associations is the biggest failure during his tenure.

“Regional cricket (unable to form it) is our biggest failure. We couldn’t make it happen the way we thought,” Nazmul told reporters during a press meet after BCB’s Annual General Meeting was held at a city hotel in the capital.

RCA is considered to be one of the major steps towards the game’s decentralization at an administrative level as well as at the grassroots and it is believed to have a great impact on enhancing the growth of the sport.

The concept of RCA was first introduced by Eddie Barlow during his stint as coach of Bangladesh during 1999-2000 as the South African believed that it is the only way to take the game forward in the country.

Barlow helped put together the plans that enabled the country to achieve official Test status and was said to be the one who urged to form a structure of RCA during that time.

But despite all these years it is yet to see the light. There are seven RCAs in the draft which means each region will be equipped with all necessary infrastructures in place to run it independently.

Though the idea of regional cricket association was being discussed since 2000 when Bangladesh got the Test status, no meaningful progress was made until the concept was incorporated in the BCB constitution in 2012.

When Nazmul took over the charge of the BCB as its first elected president in October 2013, he put a special emphasis on strengthening regional cricket bodies in order to find more talent.

During the previous BCB AGM on October 2, 2017, Nazmul said that forming regional cricket associations would be his top priority but he failed to implement his promise.

As a result, the BCB missed another four years for forming the much-talked regional cricket associations.

On Thursday after another BCB AGM which was held for the first time since 2017, Nazmul uttered the same words but looked more confident this time around to form RCA in the coming days.

The BCB boss informed that they have started two test cases for RCA in Chattogram and Sylhet respectively and will also implement RCA in other regions after getting the big picture from these pilot projects.

“Actually it’s not as easy as we thought before. We started two pilot projects in Chattogram and Sylhet in order to know the problems. We have observed the situation and decided to start it in other places accordingly,” he said.

“We are confident that it can be formed in the coming days as we have seen what kind of problem we can face after running these projects,” he added.

Nazmul also said that they will look to buy lands in different parts of the country in order to develop the sport and claimed that it can be one of the major steps of decentralizing cricket.

It was learnt that BCB AGM finished smoothly at the Radisson Blu Dhaka Water Garden in the capital as all the councillors showed faith in the leadership of Nazmul, who hosted the first AGM since being re-elected for the post in November 2017.

Nazmul also admitted that they failed to arrange matches for their current Under-19 team which could be good preparation for the next World Cup in 2022 while failing to train the U-19 champion team players in a proper way due to the coronavirus situation around the world.

“There is no doubt winning the Under-19 World Cup is our biggest success till date but due to corona their progress was hindered as we could not execute our plans like what we did for the previous team,” he said. 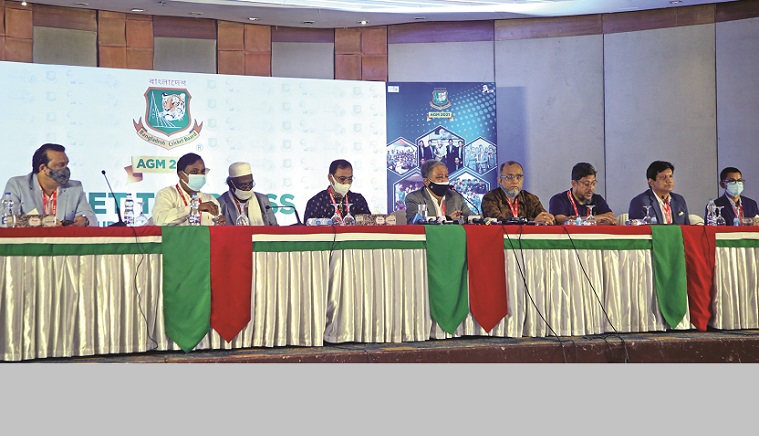 Inability to start regional cricket is our biggest failure: Nazmul