KANDAHAR: Afghan forces battled on Monday to stop a first major city from falling to the Taliban following weekend offensives by the insurgents on urban centres in a sharp escalation, reports AFP.

Taliban fighters assaulted at least three provincial capitals overnight—Lashkar Gah, Kandahar and Herat—after a weekend of heavy fighting that saw thousands of civilians flee the advancing militants. Fighting raged in Helmand’s provincial capital Lashkar Gah, where the Taliban launched coordinated attacks on the city centre and its prison—just hours after the government announced the deployment of hundreds of commandos to the area.

Clashes have intensified since early May, with the insurgents capitalising on the final stages of the withdrawal of US-led foreign forces after almost 20 years. As the country’s security forces struggled to keep the Taliban at bay, President Ashraf Ghani blamed Washington on Monday for Afghanistan’s deteriorating security.

“The reason for our current situation is that the decision was taken abruptly,” Ghani told parliament, referring to the withdrawal of foreign forces. Ghani said he had warned Washington that the withdrawal would have “consequences”.

In southern Afghanistan, fighting continued in Lashkar Gah overnight as Afghan forces beat back a fresh assault from the Taliban.

“Afghan forces on the ground and by air strikes repelled the attack,” the military in Helmand said.

Resident Hawa Malalai warned of a growing crisis in the city: “There is fighting, power cuts, sick people in hospital, the telecommunication networks are down. There are no medicines and pharmacies are closed.”

“There has been relentless gunfire, air strikes and mortars in densely populated areas. Houses are being bombed, and many people are suffering severe injuries,” said Sarah Leahy, the aid group’s coordinator for Helmand, in a statement.

“It’s just far too dangerous and life is at a standstill,” she added, saying the organistation’s facility was performing a high number of surgeries on the wounded.

Helmand for years was the centrepiece of the US and British military campaign in Afghanistan—only for it to slip deeper into instability.

The vast poppy fields in the province provide the lion’s share of the opium for the international heroin trade—making it a lucrative source of tax and cash for the Taliban.

The loss of Lashkar Gah would be a massive strategic and psychological blow for the government, which has pledged to defend provincial capitals at all costs after losing much of the rural countryside to the Taliban over the summer.

Fighting also surged in some districts of Kandahar province, the former bastion of the insurgents, and on the outskirts of its capital.

Kandahar airport came under attack overnight Sunday, with the Taliban firing rockets that damaged the runway, leading to the suspension of flights for several hours.

The facility is vital to maintaining the logistics and air support needed to keep the militants from overrunning the city, while also providing air support over large tracts of southern Afghanistan—including nearby Lashkar Gah.

In the west, hundreds of commandos were also defending Herat after days of fierce fighting.

Kabul has repeatedly dismissed the insurgents’ steady gains over the summer as lacking strategic value, but has largely failed to reverse their momentum.

President Ghani said authorities had worked out a six-month plan to thwart the Taliban, but acknowledged the militants were no longer a “scattered and inexperience movement”.

The capture of any major city by the Taliban would take their current offensive to another level and fuel concerns about the ability of the Afghan military.

“If Afghan cities fall... the US decision to withdraw from Afghanistan will be remembered as one of the most notable strategic blunders in American foreign policy,” Australia-based Afghanistan expert Nishank Motwani told AFP.

The Taliban have seized Afghan cities in the past but have retained them only briefly. 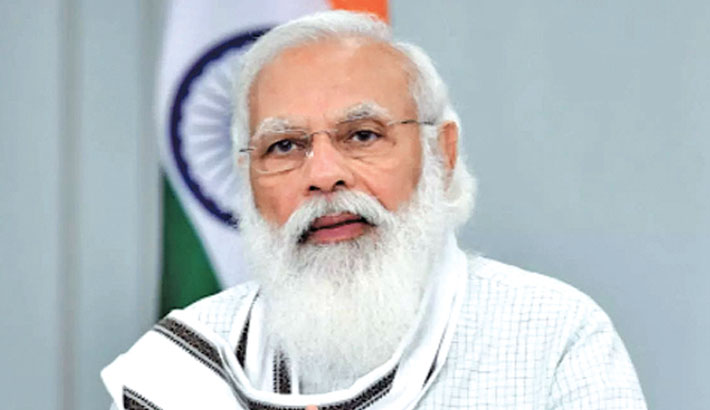 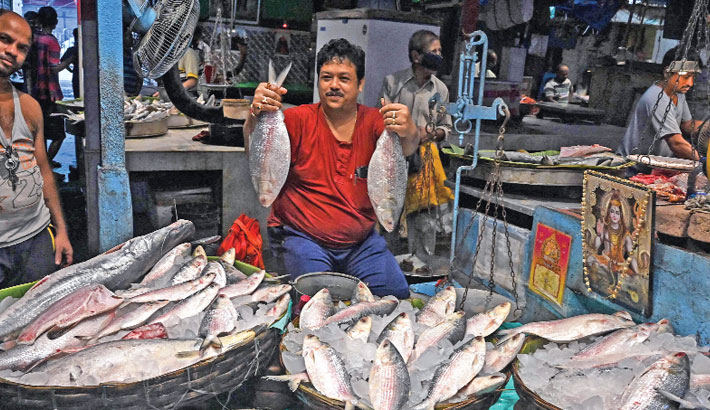 A fish vendor shows Hilsa fish imported from Bangladesh at a wholesale fish market in Kolkata on Friday, ahead of the Durga Puja festival. — AFP Photo 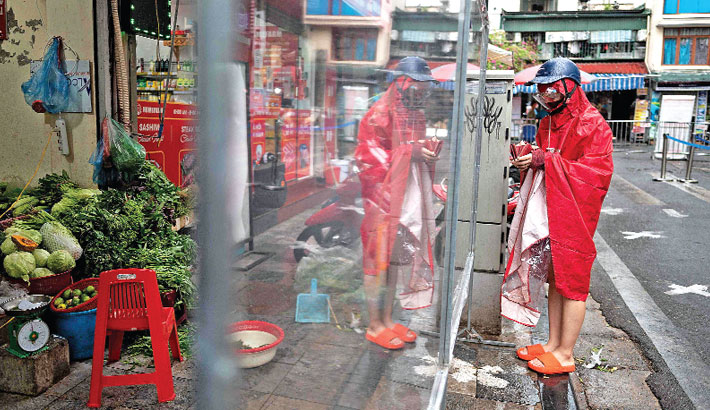