Eid-ul-Azha: A Unique Festival of Sacrifice 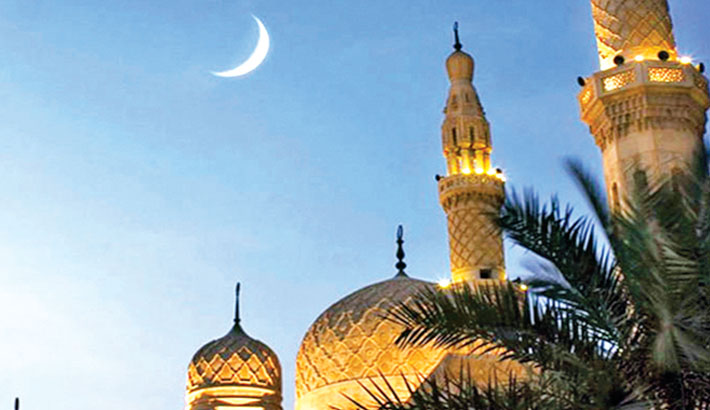 Apart from these domesticated animals, it is not permissible to sacrifice other animals such as deer, wild cattle, etc. Similarly, sacrifice by ducks, chickens or any bird is not permissible. The word sacrifice means sacrifice and proximity. The highest sacrifice for the satisfaction of the great Creator and for the welfare of mankind is basically the meaning of Eid-ul-Azha or the Eid of Sacrifice. By the command of Allah, he was about to sacrifice Ishmael (AS) in the desert of Makkah. Allah, seeing the determination of Hazrat Ibrahim (AS), accepted his sacrifice and granted a lamb in place of Hazrat Ishmael (AS). Based on this, this trend of sacrifice is still going on in the entire Muslim world. Through this, the Muslim nation moves towards gaining nearness to Allah the Almighty. Sacrifice is an important act of worship of the Muslim Ummah. For those on whom zakat is obligatory, sacrifice is also obligatory. Animal sacrifices are used to entertain the poor and the neighbours. Sacrifice is self-sacrifice, self-sacrifice and self-sacrifice for the sake of Allah. Sacrifice is not just a celebration, it involves history, tradition, education and philosophy. Eid-ul-Azha is a unique joyous festival inspired by self-sacrifice. This sacrifice is a symbolic act of accepting the ultimate sacrifice for the truth, beauty and well-being embodied in human life.

The purpose is to sacrifice one's ego and other bad habits. Through animal sacrifice, one has to give up the animal power, lust, anger, greed, delusion, slander, envy, etc. in man. So not just animals, but human sacrifices are needed. Those who sacrifice not only stabs the animal in the throat, they also stabs them to eliminate all of their evil inclinations. This is the basic teaching of sacrifice. This feeling is necessary in the case of animal sacrifice.

Allah has said: I have commanded sacrifice for every community. So that they may utter the name of Allah (at the time of slaughter) on the domesticated animals which Allah has provided for them. (Surat al-Hajj: 34) Sacrifice is not limited to slaughtering animals. This sacrifice can be a sacrifice of one's own life for someone and it can also be a sacrifice of one's own bestiality. If we can sacrifice the beast of the mind, then we can be among the loved ones of Allah. The Muslim Ummah sacrifices animals every year for the pleasure of Allah. Allah, the Exalted, instructs in the Holy Qur'an, "So pray to your Lord and sacrifice." (Surah Kawthar, verse 2) Sacrifice is a symbolic thing. Here, through animal sacrifice, Muslims are ready to sacrifice everything from life and property for the pleasure of Allah. Inspired by the history of the unprecedented sacrifice of Hazrat Ibrahim (peace be upon him) and his entire family, a believer is always ready to sacrifice everything for the sake of Allah.

When father Ibrahim went to realize his dream, Allah said, O Ibrahim! You have made your dream come true. I told you to sacrifice my son in my way, not to kill. Your son will explain to the people of Sarajin that Allah is unique. The question is, then why did you slaughter a dumba or a goat? The answer is: If this had not happened on that day, then according to the religious rites of that time, in some nations, human sacrifices would have been going on to please the Lord or the gods and goddesses. Therefore, Allah taught mankind that man is not a thing to be slaughtered, if he has to be slaughtered, then slaughter an animal.

The main purpose of the sacrifice is that if there is an animal in the heart, the animal must be killed, it must be slaughtered. According to the hadith, animal slaughter is a means of gaining nearness to God, but it is faith for the person who worships only God with love. The sacrificial animal is called 'nusak' in Arabic, which means loyal. In fact, God sees people's hearts, and He knows who is sacrificing for what purpose. Basically, the teaching of sacrifice is the teaching of eliminating all greed and lust in human beings and giving up all bestiality as the best creature of creation. Therefore, one of the religious purposes of sacrifice is to awaken humanity by killing bestiality in human beings. Kazi Nazrul Islam in one of his poems has raised the issue in this way- Animals live and everyone lives. 'This animal sacrifice is a complete metaphor. Sacrifice in the way of Allah is the real lesson of Eid. Sacrificing animals in the name of Allah does not mean distributing them among the people, it is giving up. That is why the poet Nazrul wrote in the poem ‘Eidajoha’, ‘Chahi nako dumba-ut, how much charity? And the gift is false. I want sacrifices, I don't want donations. '

If the main purpose of our good deeds is to please Allah, then He may accept our deeds. This time, since there are no houses due to floods in different parts of the country on the one hand, those who can afford it can spend a part of the Eid budget for the poor if they wish. If we stand side by side with the flood and the poor on this Eid, then we will be able to include hundreds of families in the joy of Eid. And through this be satisfied with the pious servant of Allah. God-loving servants can attain the satisfaction of God by relieving the suffering of His servants while sitting at home. Those who extend the hand of cooperation to His servants in times of trouble, Allah makes them His friends.

May the Almighty Lord grant us all those who are capable the gift of sacrifice according to our ability, Amin.