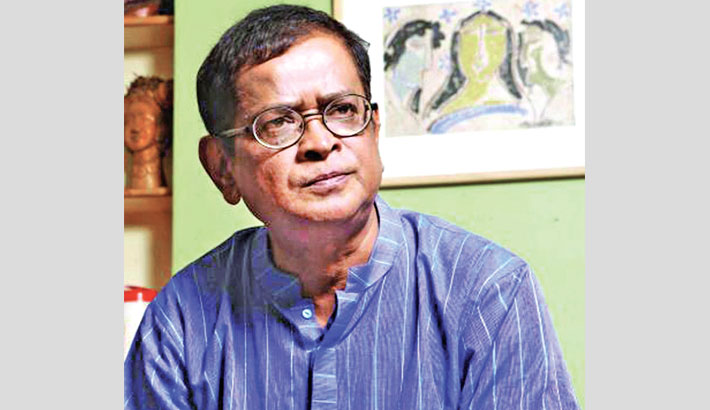 Different organisations will observe the day on limited scale with virtual arrangements due to the ongoing coronavirus pandemic.

A special episode of ‘Din Pratidin’ will be telecast on Banglavision at 8.30am. Actor Ejajul Islam will discuss various stories about Humayun Ahmed at the programme.

Gazi TV will air Bangla movie ‘Debi’, based on the novel of Humayun Ahmed at 2:30pm today. The film star Chanchal Chowdhury, Jaya Ahsan, Animesh Aich and others.

Humayun Ahmed, who is considered as one of the most influential Bengali writers of modern time, was born at Kutubpur village in Mohanganj, Netrakona to Foyzur Rahman Ahmed and Ayesha Foyez on November 13 in 1948.

‘Nondito Noroke’ (1972) was Humayun Ahmed’s debut novel. He earned huge popularity for his first novel. The Ekushey Padak-winning writer authored over 200 fiction and non-fiction books, all of which were bestsellers.

As a content-maker in television, Humayun Ahmed debuted with his drama ‘Prothom Prohor’ (1983) for Bangladesh Television (BTV). His successful journey in television continued with popular drama serials ‘Ei Shob Din Ratri’, ‘Bohubrihi’, ‘Ayomoy’, ‘Nokkhotrer Raat’, ‘Aaj Robibar’ and most notably, ‘Kothao Keu Nei’ which created a historic hype in the nation - surrounding the lead character Baker Bhai, portrayed by veteran actor Asaduzzaman Noor.Humayun Ahmed also explored success as a filmmaker in the early 1990s and went on to make a total of eight films in his filmmaking career, each based on his novels.

He received seven National Film Awards in different categories for the films ‘Shonkhonil Karagar’ (as screenwriter), ‘Aguner Poroshmoni’, ‘Daruchini Dwip’ and ‘Ghetuputra Komola’.
The eminent writer died of colorectal cancer at the age of 63 at Bellevue Hospital, New York on July 19 in 2012.