An initiative to revisit the country’s history 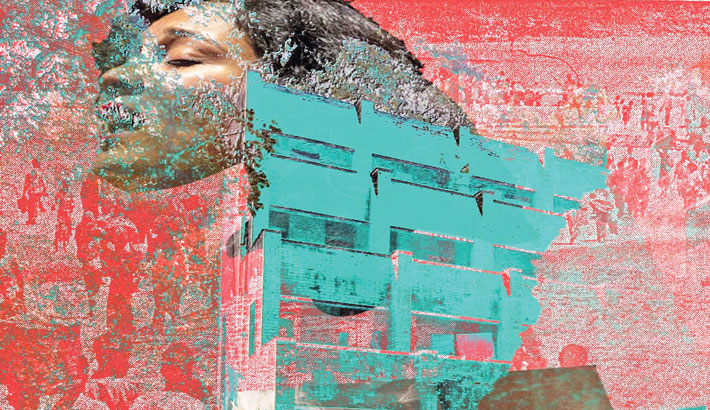 UBIK Productions (London) and Samdani Art Foundation (Dhaka), supported by the British Council Digital Collaboration Fund, is going to organise a groundbreaking mixed reality digital concert titled ‘Concert From Bangladesh’ on August 1 with a view to recalling the history of solidarity embedded in the historical ‘Concert For Bangladesh’.

All proceeds from the concert will be equally distributed among the performing musicians and Bangladeshi charity organisation Friendship which provides healthcare for climate change refugees and promotes women’s rights in Bangladesh.

The organisations have commissioned acclaimed British-South Asian artiste Shezad Dawood to create a virtual reality stage for a concert to be released on 1 August 2021 via Pioneer Works’ (NYC) website, expanding on the 50-year legacy of ‘Concert For Bangladesh’, the original charity concert initiated by Ravi Shankar and George Harrison of Beatles' fame, in aid of the relief effort and refugee crisis during the Bangladesh Liberation War of 1971.

The concert will take viewers on an expansive sonic journey spanning six centuries; beginning with renowned Baul singer Arif Baul accompanied by instrumental virtuosos Nazrul Islam, Saidur Rahman, and Sohel. This will be followed by a piece composed by Enayet and Nishit Dey exploring the shared musical language between Nazrul sangeet, classical raga and 90s jungle, by blending cutting edge electronic production and arrangements. The concert will end with the Bangladeshi hip hop duo Tabib Mahmud and 12-year-old Gully Boy Rana, who’s socially engaged lyrics highlight some of the pressing issues the concert aims to fundraise for.

As Bangladesh celebrates 50 years of its extraordinary journey as a nation, this year also marks 70 years since British Council opened the doors of its first office in Dhaka. Over the course of this shared history British Council has built strong people-to-people connections between the UK and Bangladesh across English, education, arts and culture.