Biden wants to set up ‘hotline’ with China 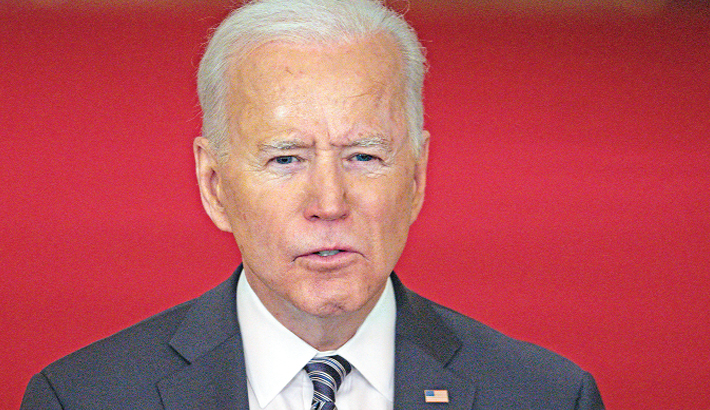 WASHINGTON: The Biden administration is looking at the possibility of setting up an emergency direct hotline between the US and China, a new report alleges.

Citing a US official and another source familiar with early conversations about the device, CNN reported Wednesday that the administration was pursuing an idea similar to that of the “red telephone” set up between the US and the Soviet Union during the Cold War.

The Moscow-Washington hotline — as it was also known, as there was never actually a red phone used for the communications — was established in 1963 under President John F. Kennedy. At the time, it allowed for a secure dialogue between the Pentagon and the Kremlin in an effort to avoid nuclear war between the feuding superpowers.

A Biden-era “red telephone” is still in the concept phase, according to the network, and has not been formally raised with the Chinese. If implemented, the phone would be folded into what the network described as “a broader effort to reduce the risk of conflict between the US and China.”

The hotline, according to the report, would allow the US commander-in-chief to immediately reach Chinese President Xi Jinping through encrypted phone calls or messages.

It would also be used by top officials on Biden’s national security team, as well as their Chinese counterparts. As an example, the network explained that “urgent information could be shared about sudden military movements or warning messages sent about cyber hacks.”

Reps for the president did not immediately respond to The Post’s request for comment on the report.

China, the world’s second-largest economy behind the US, also continues to use unfair trade practices and steal intellectual property.