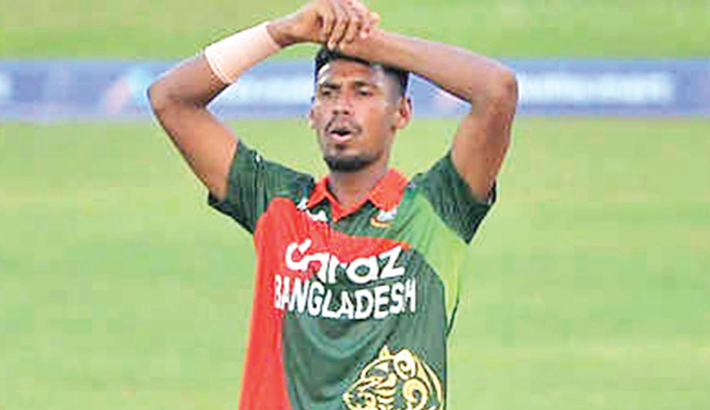 Bangladesh pacer Mustafizur Rahman will miss the three-match ODI series opener against Zimbabwe due to an ankle injury, a Bangladesh Cricket Board official said on Thursday.

“He (Mustafizur) received a grade one tear and will miss the opening game against Zimbabwe. We want to observe his situation before making a final decision (on remaining matches) on him,” BCB chief selector Minhajul Abedin told The Daily Sun.

The left-arm pacer was immediately called back to the dressing room after he looked uncomfortable with his right ankle after bowling only five deliveries during the practice game against Zimbabwe Select XI on Wednesday.

Mustafizur’s injury came as a big blow for the Tigers ahead of their opening match, scheduled today, as experienced Mushfiqur Rahim already opted out of the limited-over series due to ‘family reasons’ and he arrived in Dhaka on Thursday.

Bangladesh team management, however, can heave a sigh of relief as their ODI skipper Tamim Iqbal brushed aside his injury worry to score a fifty in the practice game.

Tamim earlier missed the lone Test due to a knee injury.

The remaining two ODIs will take place on July 18 and 20 respectively in Harare while the three T20Is will be played on July 23, 25 and 27 respectively at the same venue.