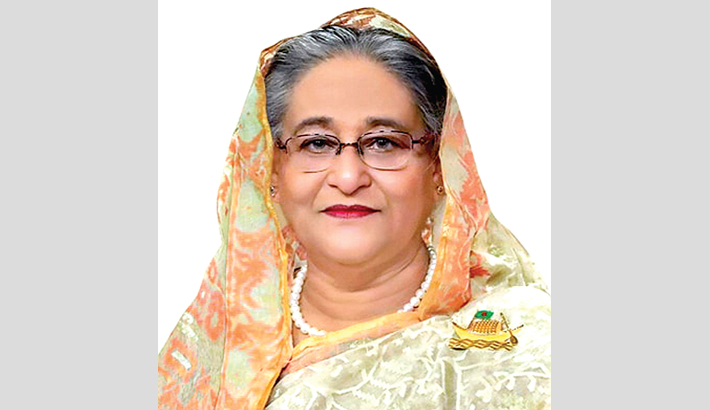 “I believe that the selection board will select qualified people for promotion through wisdom and prudent analyses rising above the personal liking and disliking. You’ll have to find out the able leadership maintaining neutrality by remaining free from all influences,” Hasina said while addressing the meeting of the selection board.

Hasina said she is happy to know that TRACE (Tabulated Record and Comparative Evaluation) Method is followed in the case of promotion of Army officers, which is a manifestation of a comparative assessment of various aspects of their professionalism.

“Right persons will have to be promoted for various important appointments such as command, staff and trainers.  This will increase the acceptance to all,” she said. 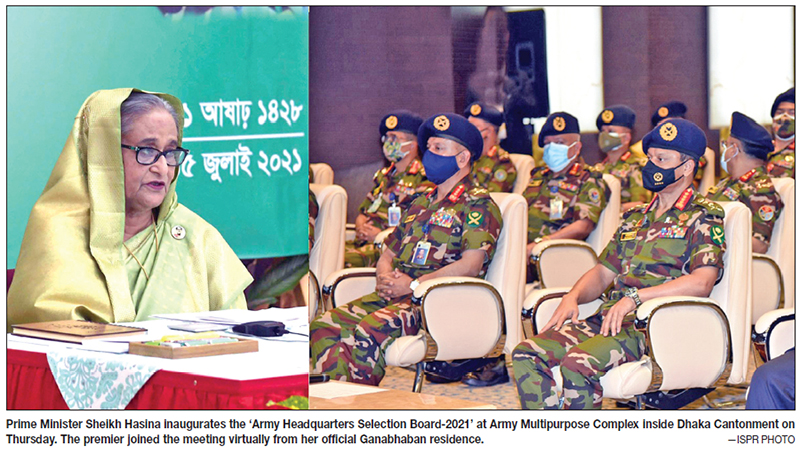 The PM said the Awami League government always governs the country as the servant of people, never as a ruler.  A disciplined and modern army plays a very helpful role in consolidating democracy, she said.

“That’s why its leadership must be entrusted to professional and responsible officers who are always ready for supreme sacrifices to protect the sovereignty [of the country], being imbued with the ideology of the great Liberation War,” she added.

“Discipline is the backbone of the Army.  At the same time, it’s necessary to find honest, fair-minded, righteous, people-friendly and humane officers who are successful in various fields of their career,” she added.

Hasina said Bangladesh Army had started its progress due to the sincere efforts of Father of the Nation Bangabandhu Sheikh Mujibur Rahman. In the continuation of the progress journey, the army has now become a highly professional, efficient and modern force due to intensive care from her government, she said.

“Our army has been working very efficiently in various development and public welfare activities, including containing the recent Corona pandemic, which is really commendable.  Not only in the country, our Army has brought a rare honour and dignity to the country from the world stage,” she said.

In order to enhance the organisational capacity of the army, the government has added a significant number of units and institutions alongside three new formations in its organizational structure.  In 2016, the government established Bangladesh Peace Building Center (HPC), she added.

Talking about the country’s economic progress, Hasina said the poverty rate was brought down to 20.5 percent while per capita income has been raised to US 2,227 dollars. The government brought 99 percent of people under electricity coverage, she said.

The six-day activities of the selection board started on Thursday in order to award promotion to Army officers.