Committee formed to find cause 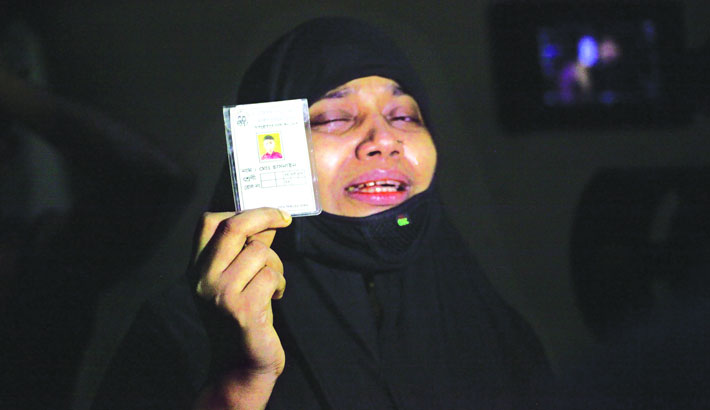 Criminal Investigation Department (CID) has so far collected DNA samples of 66 people to identify 48 workers killed in the blazing inferno at Hashem Foods and Beverage factory in Rupganj of Narayanganj recently.

A team of Forensic Lab of the CID collected the samples at a makeshift booth in front of Dhaka Medical College Hospital, but it ended its activity at 10:00 am on Monday.

On the afternoon of July 8, the devastating fire swept through the factory. It took firefighters 29 hours to extinguish the blaze which killed 52 workers and injured 50 others. Of the dead, 49 were charred beyond recognition.

Meanwhile, the Ministry of Labour and Employment has formed a six-member committee to investigate the recent fire incident.

An office order signed by Additional Secretary (Labour Wing) of the ministry Md Rezaul Haque was issued in this regard on Monday.

Joint Secretary of the ministry Md Humayun Kabir was made head of the committee, which has been asked to submit its findings within 10 working days.  The committee will work to ascertain the cause of fire, determine liabilities and put forward recommendations.

A case was filed against a number of people, including Chairman and Managing Director of Sajeeb Group Md Abul Hashem, at Rupganj Police Station on Saturday.  Police arrested Hashem, his four sons and three executives of his company on that day.