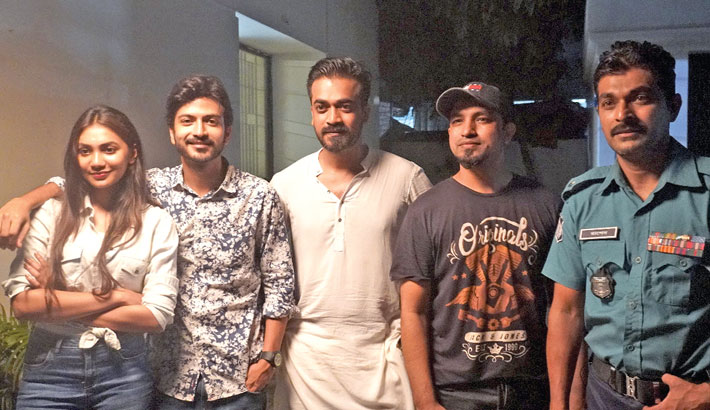 The shooting of Mahmud Didar-directed web series ‘Pachish’ has been completed recently. The filming of the series took place at different locations in the capital, including, Bihari Camp, Uttara, and Savar. The maker now is all set to release Pachish’s first look today.

Pachish is the first web series of Mahmud Didar. Didar himself has written the script of the series based on the story by Kamrunnesa Mira.

The story of ‘Pachish’ revolves around a young woman who grew up in a Bihari camp. She gradually earned success in business and ultimately got involved in the underworld.

Mahmud Didar is a popular small screen and film director of the country. He had not been seen in any drama or other works for a long time as he was busy working on a film named ‘Beauty Circus.’ The film is yet to be released.

After completing the works of Beauty Circus he made the web series. ‘Pachish’ will be released on an OTT platform on occasion Eid-ul-Azha.