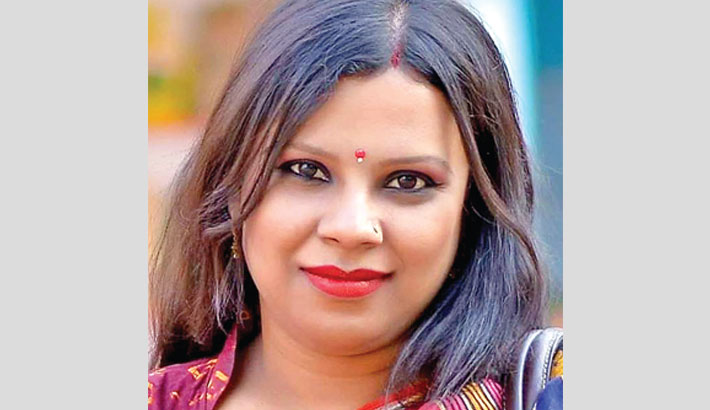 Light, my light, the world-filling light, the eye-kissing light, heart-sweetening light! Ah, the light dances, my darling, at the centre of my life; the light strikes, my darling the chords of my love; the sky opens, the wind runs wild, laughter passes over earth… (Gitanjali, Poem 57)

Bangamata Begum Fazilatunnesa Mujib lived a life of deep insight as a heroic, passionate, dedicated and enlightened soul as expressed by the above lines of Nobel laureate Rabindranath Tagore. In the chronicles of the struggles for freedom, sacrifice, heroism, bravery and patriotism of the people of the world, the Liberation War of Bangladesh will always be considered as a leading light. The victory that Bangladesh achieved through the nine-month-long war of liberation under the call and leadership of the Father of the Nation, Bangabandhu Sheikh Mujibur Rahman, is the greatest achievement of the people of this country. In the historic and massive journey of struggle for independence, Bangabandhu was inspired by his life-partner, Fazilatunnesa Mujib. For her extraordinary patience, integrity, honesty, kindness, compassion, cooperation, wisdom, profound patriotism and dedication, she has been honoured as our ever-remembered mother. This great mother was born on August 8, 1930 in the village of Tungipara of the district of Gopalganj. Her parents were Sheikh Johurul Haque and Hosne Ara Begum.

Bangamata Begum Fazilatunnesa Mujib had a pleasant and humble personality, well-aware of politics. She worked quietly and relentlessly for the liberation of Bangladesh. She played a significant role in helping Bangabandhu take crucial decisions during pressing national crises. Remarkably, when during the Agartala Conspiracy Case, the then Pakistani Government consented to release Sheikh Mujibur Rahman on parole, Begum Mujib raised vehement protest, declaring that only an unconditional freedom would be accepted. Mujib's courage in adversity did not falter as he had an encouraging life partner like her, lifting up the lamp of guidance. 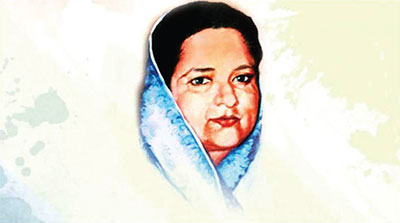 During the liberation war of 1971, Begum Mujib was in house arrest by the Pakistani Occupation Forces. Her intense love for the country kept her strongly upright, despite the life and death situation, grave uncertainty and apprehension. The inner drive behind turning our great leader into Bangabandhu was Begum Fazilatunnesa Mujib. She was extremely kind to all. Her patience and dedication towards nation and family are ever remembered with respect. Fazilatunnesa Mujib lost her parents at the age of five and was raised with love and care by Sayera Khatun, mother of Bangabandhu. At the age of 11, she was married to Bangabandhu who was only eighteen. Subsequently, they became the happy parents of two daughters, Sheikh Hasina and Sheikh Rehana, and three sons, Sheikh Kamal, Sheikh Jamal and Sheikh Russel.

Remaining active behind the scenes and as an unrevealed leader, Bangamata Begum Mujib, whose nickname was Renu, continuously helped Bangabandhu with patriotism, patience, encouragement, strength and inspiration. Bangabandhu expressed this truth at the onset of his extraordinary document, “The Unfinished Memoirs'', “My wife told me one day while sitting with me in a room within the jail gate: ‘Since you are passing your time without activity, write about your life now.’ (The Unfinished Memoirs, Page: 01). She brought him some notebooks, leaving them with the jailers, which the jailers allowed Bangabandhu to keep only after checking and following necessary formalities. Bangabandhu started writing about his life, thoughts, philosophies, ideas and concerns about his country and people which is now a treasure house of inspiration to world leaders. Thus, Bangamata’s deep love and inspiration helped Bangabandhu remain strong within.

Once on the birth anniversary of Bangamata, Honorable Prime Minister Sheikh Hasina recalled the precious memories of her mother by saying, “My mother always encouraged him [Bangabandhu] to do politics for the people of this country. She never pulled him back. She never looked out for her own interests. She never thought of what she would get in life.” In some other lines Bangabandhu wrote, “I was thinking of my loved ones all the time. I knew they were all looking forward to my visit home, sure that I would go and meet them as soon as I returned from Lahore. Certainly, Renu would be staying awake for me. She always endured hardships and never protested. Because she kept quiet and never complained, I felt even sadder!” In the same spirit, right from the beginning till the last day, Bangamata remained an all enduring loving soul. Such enduring power is rarely seen nowadays! She used to shed tears in silence. Her life-affirming love for the country people, their freedom and the deep patriotic spirit of Bangabandhu acted as an inner strength for her.

Simplicity and generosity are two of Bangamata’s many commendable virtues. She was always moved by the pain of the freedom fighters and patriotic leaders. When Shahidul Islam and Siraj, two workers accompanying them [Bangabandhu and Bangamata] were without warm clothes, Bangamata offered them her own shawl so that they could stay warm at night during their stay before subsequent departure. She always held the honour of her motherland dear to her heart and always gave it priority like Bangabandhu did. She also endured hardship and poverty for the sake of the country. Bangabandhu writes: “From time to time, Renu used to give me money. She gave me whatever amount she had saved.”

Regarding a visit to Kolkata, Bangabandhu described Bangamata in the following manner: “After bidding farewell to my parents and siblings, I went to Renu’s room to say goodbye. I saw that Renu was standing there with some money in her hands. She was trying very hard to hold back the tears welling up in her eyes. She said, “You do not want to return once you go to Kolkata. Come home as soon as the college holidays begin”. Bangabandhu and Bangamata had a divine tie with this soil! That tie became stronger with true love for each other. As a human what moved her is her all enduring love, deep patience and sacrifice for the wellbeing of the people of the country.

The untold sufferings of our Bangamata still move us deeply with sadness. It is our great misfortune that we could not protect Bangamata and Bangabandhu from the assassins’ bullets. She, along with most of her family members, was brutally assassinated on August 15, 1975, which was an unprecedented black incident in the history of the country as well as the world.

The writer is an Associate Professor and Director (Former), Institute of Modern Languages of Jagannath University