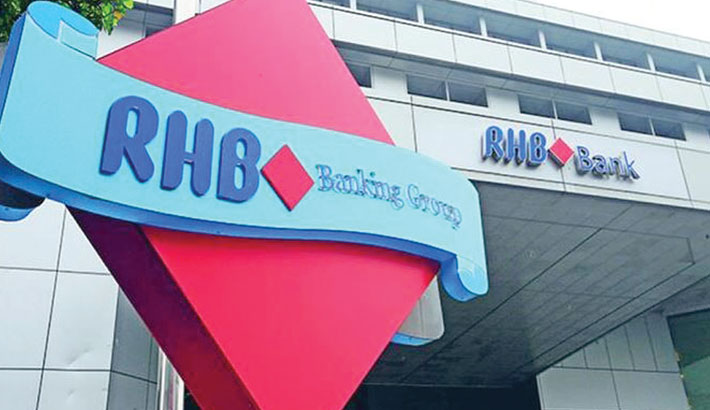 KUALA LUMPUR: RHB Banking Group has maintained its 5.4 per cent gross domestic product (GDP) growth projection for Malaysia’s economy this year, in view of the expected modest recovery in consumption during the second half of the year (H2).

Group chief economist and head of financial market research Dr Sailesh Jha said the forecast, which was made in January, was kept unchanged despite many significant downgrades from international institutions, report agencies.

“We don’t buy the World Bank’s idea or any other international institutions’ idea that we are recording (GDP) growth of below 5.0 per cent.

“The consumer (spending) is on a decent recovery path in the second half of the year,” he said during RHB’s virtual Quarter Three 2021 Global Market and Economic Outlook today. Sailesh said there is hope that the movement restrictions could be relaxed some time in mid-July given the positive development in the country’s vaccination programme and potential decline in daily cases.

On foreign exchange, he expected the US dollar would continue to trend higher for the long term, reflecting a rise in US treasury 10-year bond (UST10YR) yields seen in H2 2021 — averaging around 1.7-1.8 per cent in the third quarter of this year and 1.8-2.0 per cent in the fourth quarter.

As such, the ringgit was expected to depreciate between 4.15 and 4.20 against the greenback in the near term, while in the first quarter of 2022, the local currency would likely hover at the 4.30 region, he said.

Nevertheless, the weaker currency situation would give Malaysia an advantageous position in terms of exports, he added.

On the global front, Sailesh anticipated looming uncertainty ahead as the US Federal Reserve (Fed) would likely make a policy error and fall behind the inflation as well as employment growth curves.

He said the central bank’s communications were not clear and there were too many nuances in their statements, which are confusing for fixed income markets.

Hence, there was a possibility of the central bank having to undertake significant changes in the direction of policy abruptly, rather than making a smooth transition, he said. “With the onset of looming uncertainty on the path of the US Fed, inflation, labour market conditions, and growing risks of continued net outflows from emerging markets, increasing exposure to alternative assets and cash is advisable.