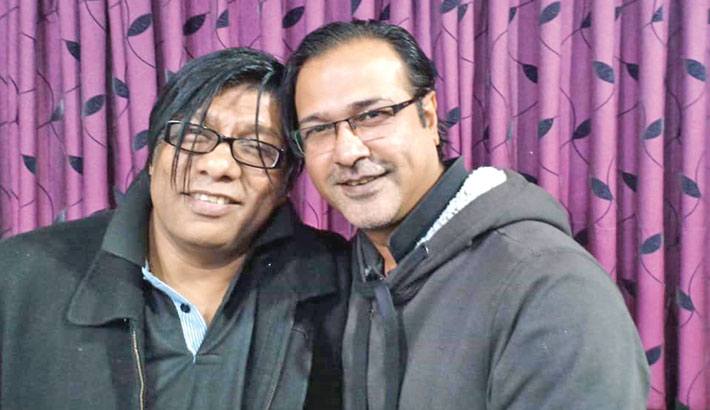 Singer Asif Akbar is considered as the prince of pop songs of the country’s music arena. He made his breakthrough with the music album ‘O Priya Tumi Kothay’, which was released under the banner of Soundtek in 2001. The albums’ songs were written, composed and arranged by popular musician Ethun Babu.

After a long hiatus, the singer-musician duo has collaborated with Soundtek in a new single titled ‘Eka’. Ethun Babu has penned the lyrics and composed the music of the song. Asif has lent his voice to the track recently.

Earlier, Asif collaborate with Ethun Babu for a song in 2019 after a long break. The song ‘Chup Chap Kostogulo’ was released under Dhruba Music Station. Then they have presented many songs together.

Asif Akbar is a popular pop singer of the country. He has released many solo, duet, and mixed albums in his long career. He received the National Film Award for Best Male Playback Singer for the film ‘Rani Kuthir Baki Itihash’ in 2006. He also got Meril Prothom Alo Award for Best Singer (Male) for five consecutive years.

On the other hand, Ethun Babu is a popular lyricist and musician of the country. He is the musician of many hit songs, including ‘O Priya Tumi Kothay’, ‘Ghum Ashena’ and ‘Maya Doya Nai Bondhur’.