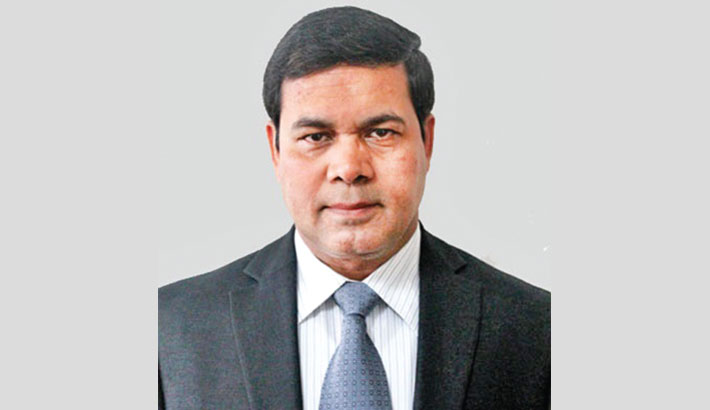 I was reading some reports and articles about court decision in our country on Hindu widow’s succession right in her husband’s property. While reading, I noticed that some case-laws (court decision) have been referred in those reports and articles, but citation style was different in different writings. So, it sometimes seems to be confusing and difficult to relate whether same case-laws have been referred. This confusion and difficulty arise because there is no uniformity in citing references in the legal writing. Had there been mandatory requirement of using uniform coding of referencing in the legal writing, all writers must have followed such citation style and this confusion would not have arisen at all. In order to avoid this confusing situation with the scope of misinterpretation, many countries following common law system have developed a uniform legal citation guide what has been made mandatory requirement to meticulously follow in any sort of legal research and writing even newspaper reporting, academic writing, communicating with clients, court documents, law journal and court cases.

Problem in absence of uniform legal citation: In legal world, writing skill is very important and considered as prerequisite of either practicing law or discussing about legal issue. At the same time, standard of legal writing is different from ordinary writing style because there are some unique features what is mandatorily followed while preparing any legal document. Legal writing is entirely based on research that must have some supporting documents and its sources which must be properly cited for ready verification. All documents and supporting papers commonly used in legal research and writing are broadly classified into two distinct categories of which one is primarily sources while the other is secondary sources. Primary source mainly includes statutes and case-laws. Statutes refer to the acts and laws passed by country’s legislature and case-laws are the judgement or court decision. All other documents which mostly include law books, journals, publications, articles on legal issues, analysis and interpretation of legal matter fall under the purview of secondary sources. In general, legal writing is very long, so if entire part of the relevant component of the topic / text is required to be presented in the writing, the length of the writing will extraordinarily extend. Therefore, in the paragraph or even sentences where relevant, only key words are mentioned with full citation provided in the footnote, so that the readers if required can easily locate the right document using the citation and verify the content referred. If uniform citation is not used, the readers, especially the professionals who effectively apply all primary and secondary sources in deciding on legal matters, may face tremendous difficulty to be conversant in using multiple style of citation what is sometimes humanly impossible. Confusion will of course, arise if in some places, publisher’s name is used first followed by the title, volume, year while in other places, title is used first followed by publishers. This type of multiple citation style should not be desired in legal research and writing.

Practice in other countries: Most of the countries following common law system have standardised the legal citation by adopting uniform guide for legal citation. In Canada, MacGill Guide is recommended as Canadian Guide to Uniform Legal Citation. This guide is the publication of MacGill Law Journal of MacGill University. In the USA, The Bluebook is a recognised guide which is followed as a uniform system of citation. In the UK, Oxford Standard for Citation of Legal Authorities (OSCOLA) is a recommended guide to cite references in the legal research and writing. In Australia, Australian Guide to Legal Citation (AGLC) is followed as a recommended guide to cite references for legal research and writing. In India, standardising legal citation is under process and draft paper on Standard Indian Legal Citation (SILC), has already been prepared and waiting to be finalised. This guide has codes of citing unique legal sources which once finalised, will act as a proper guide to cite any reference in legal research and writing in India.

Advantages of uniform legal citation: This uniform guide clearly tells how citation will be used in legal writing. Uniform citation properly guides on how statute will be quoted, how case-law will be quoted, how primary and secondary sources will be cited. Even the word “versus” or only v. should be used in citing case-law is also clearly stated. As for example either “The State versus Mr. X, ---------” or “The State v. Mr. X------” should be cited is clearly mentioned under uniform citation and all law professionals, even newspaper reporters follow the same style. Priority of citing references is also directed which means whether statutes will be referred first, then case-laws followed by secondary sources. Apart from these, all readers particularly lawyers, judges and other legal professionals review the sources of documents from common perspective. Back and forth while locating documents can easily be avoided and thus can be verified instantaneously. Readers, interpreters and professionals get used to in one unique style of citation which will be easily identifiable in the subsequent references. Using the standard and uniform citation will improve the standard and acceptability of our legal system in international arena. If any relevant statute or case-law is not found in the country following common law system, it looks for reference of the other countries following same common law system. In our country there are some statutes and case-laws which are really very unique and can be used as reference for other countries. However, without ensuring uniform citation, other countries will face difficulty to cite these statutes and case-laws. Finally, now is a digitalisation era and digital Bangladesh is now a reality. Our all statutes are digital now. So, any act or law can be digitally reached from the website of the Ministry of Justice and Parliamentary Affairs. Eventually, a website if not created already, will have to be developed to enlist all case-laws delivered by our Supreme Court. If uniform citation is not followed, locating particular statute or case-law from digital database will be very difficult, because the most commonly and effective key search parameter is proper citation.

Citation Guide in Bangladesh: In Bangladesh, there was no formal citation guide for use in legal writing. As a result, different people use different styles. Most of the writers try to follow the OSCOLA citation guide.  However, Md. Rizwan Islam, Nauriin Ahmed and K. Shamsuddin Mahmood have jointly written / edited a book, “Bangladesh Style of Citation of Legal Authorities (BSCLA), recommending the procedure to follow in citing reference in legal research and writing. This book has been published in 2018. I was trying to read this book, but very difficult to manage in Canada although it shows available in Amazon. However, shipping seems to be clumsy. Anyway, this is of course, a very good start and the writers really deserve appreciation. I am not sure, whether this guide has been made mandatory for all engaged in legal writing from academic to law professionals to  newspapers reporters to follow. If not, our Law Ministry and Supreme Court may consider in issuing directive to make using this guide as mandatory for any legal research and writing if that guide meets minimum qualifying standard. By doing so, legal citation in our country can be standardised.

The writer is a banker