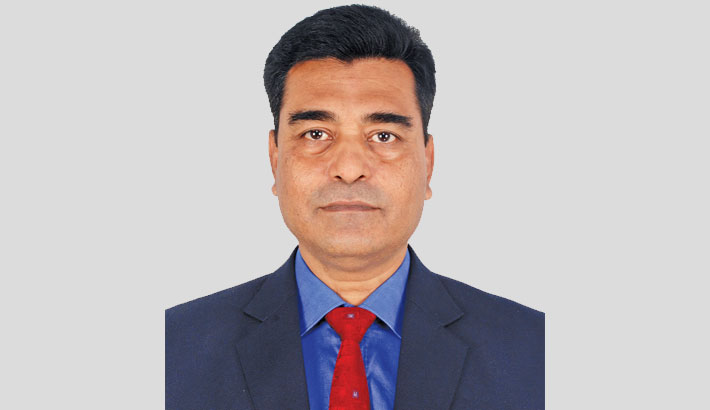 Hydrography is the science that measures and describes the physical features of the sea and adjoining coastal areas, and it is not bounded within the nautical charts and publications. It encompasses many other dimensions of the sea such as, marine resource exploitation, environmental protection and management, maritime boundary delimitation, marine spatial planning, tsunami flood and inundation modelling, coastal zone management, marine tourism, science and maritime defence etc. Being a littoral state of Bay of Bengal, 94% of trade and commerce of Bangladesh is seaborne. On the other hand, exploration and exploitation of living and non-living resources also need various kinds of technical data of the sea. Thus, hydrography not only contributes to the safe navigation, it also helps in economic well-being, protects the marine environment and above all contributes to the security of the country.

Each year on 21 June, World Hydrographic Day (WHD) is celebrated to commemorate the establishment of the International Hydrographic Organisation (IHO). The theme selected for this year’s WHD is: “One Hundred Years of International Cooperation in Hydrography”. This theme is envisioned to offer an opportunity to publicise the hydrographic work and services of national hydrographic offices, industry stakeholders, expert contributors and the scientific communities. When it was founded on 21 June 1921, this organisation was known as the International Hydrographic Bureau (IHB). The present name was adopted in 1970 with a new convention adopted by the member states. This year is particularly significant because it is the 100th anniversary of the organisation's founding, which is being commemorated by all of its member states throughout the world. The IHO has the status of a UN observer and is recognised as a competent authority for hydrographic surveying and nautical charts, as an inter-governmental advisory and technical organisation. In the late 19th century, the hydrographer and oceanographer community around the world felt the need for establishing a permanent commission to oversee the hydrographic activities specially to adopt a similar method in charting services. This led to the formation of a permanent organisation which began its activities in Monaco with 18 nations and now it has 94 member states. The IHO cooperates closely with a number of international organisations like the IMO, the IOC, the IALA, the ICA and many more. Bangladesh joined the IHO on July 2, 2001 and became the 70th member of the IHO. Bangladesh Navy acts as the focal point of all hydrographic matters in the sea area of Bangladesh. 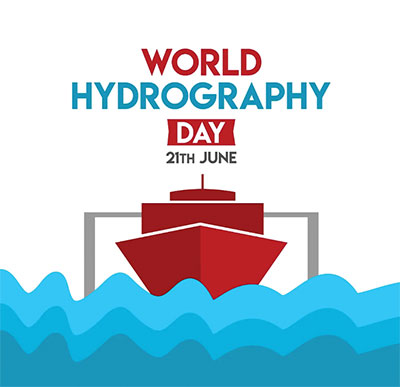 Besides, Bangladesh Navy Hydrographic School located in Chattogram has been accredited by the International Board of Standards and Competence (IBSC) to conduct Category “B” courses in Hydrography since 2005. As Bangladesh's sole formal hydrography training facility, 69 individuals have finished this prestigious Category "B" IHO approved course, including 16 international students from member states and 16 hydrographers from government organisations.

Since 2010, a Memorandum of Understanding (MoU) between Bangladesh Navy and the UK Hydrographic Office (UKHO) has guaranteed that the UKHO distributes international (INT) series paper charts of our maritime area. With high standard of professionalism, Bangladesh Navy is already proficient in publishing 63 navigational charts of our sea area including nine INT series paper charts and 11 Electronic Navigational Charts (ENC) which are accepted by the national/ international marine communities and distributed worldwide for ensuring safe navigation.

As per the rules of business, government has vested the responsibility of hydrographic survey at sea to Bangladesh Navy. The Bangladesh Inland Water Transport Authority (BIWTA) is responsible for the internal waters and the seaport authorities perform hydrographic activities in their own port limit. To this date, Bangladesh Navy Hydrographic Services has completed systematic hydrographic survey of the whole maritime area of Bangladesh. The BIWTA is producing inland river charts covering all river routes used for inland shipping navigation. Other than that, Chattogram, Mongla and Payra port authorities have well-established hydrographic departments with modern survey equipment and trained manpower.

To address the hydrographic and other related maritime activities at the national level, the National Hydrographic Committee (NHC) was formed in the year 2001. The committee consists of members from different ministries and organisations and headed by the Assistant Chief of Naval Staff (Operations) of Bangladesh Navy. The NHC actively works to enhance the cooperation and coordination among different organisations and to ensure the optimum utilisation of hydrographic resources of Bangladesh.

The drive to achieve the UN Sustainable Development Goals (SDG) 14, which states “Conserve and sustainably use the oceans, seas and marine resources for sustainable development”, is heavily dependent on hydrographic and oceanographic data. Hydrographic services of Bangladesh will play a substantial role in promulgating the “Delta Plan-2100”. Hydrography plays an important role in supporting offshore infrastructures, installation, operation, and maintenance, as well as modernisation and extension of port and harbour works in Chattogram, Mongla, Payra, and Matarbari ports, and inland waterways management. Furthermore, hydrographic data and metadata continue to play a critical role in all aspects of the Blue Economy.

As a maritime nation, Bangladesh maintains quality hydrographic services to ensure her waters safe for the mariners. After having a demarcated maritime boundary with Myanmar and India, it is needless to mention that many exploration and exploitation activities and marine scientific research will be conducted in our sea area. As a result, the need for contemporary hydrographic technologies will become more apparent in the coming days. Enhanced cooperation and coordination among the country's hydrographic agencies, as well as with other marine stakeholders, are required to ensure the optimum utilisation of limited resources and to venture our sea safely and effectively. In this regard, the World Hydrography Day will build the required awareness among the policymakers and all the maritime stakeholders of Bangladesh regarding hydrography and other related maritime issues.