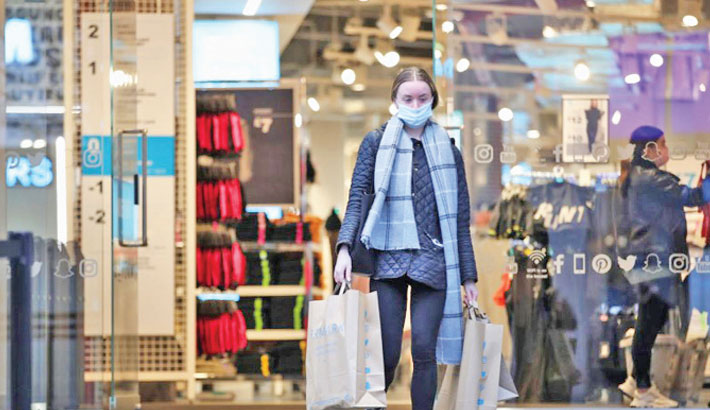 Sales by volume declined 1.4 percent in May after a 9.2-percent bounce in April, the Office for National Statistics said, reports AFP.

Under the phased reopening of Britain’s battered economy, bars and restaurants restarted outdoor dining in April and indoor services in May.

“Instead of eating every meal at home as we all did during lockdowns, we were able to dine outside at cafes or restaurants,” said Capital Economics analyst Paul Dales.

“Spending just shifted from the shops to social activities,” he said, but warned however that “soft retail sales data could mean May was not as strong for the economy as we had thought”.

Overall UK retail sales in April and May were nevertheless 9.1 percent higher than the pre-pandemic level in February 2020.

The economy is now expected to fully reopen on July 19, after the government this week delayed the date by four weeks due to surging Delta infections.

Britain’s business lobby predicted Friday that the economy is on course to reach its pre-Covid level by the end of 2021.

The Confederation of British Industry, the nation’s biggest employers’ organisation, now expects the economy to surge 8.2 percent this year and 6.1 percent in 2022.

The Covid-ravaged economy had collapsed by almost ten percent last year in Britain’s biggest slump in three centuries—and the worst performance among the G7.

Industry data showed Friday that UK food and drink exports to the bloc almost halved in the first quarter as a result of both Brexit and pandemic fallout.

The industry body blamed “the ongoing impacts of Covid-19 and changes in the UK’s trading relationships” after Brexit.

Non-EU sales accounted for 55 percent of all UK food and drink exports in the first quarter, it added.

“The loss of £2 billion of exports to the EU is a disaster for our industry,” said Dominic Goudie, head of international trade at the federation.