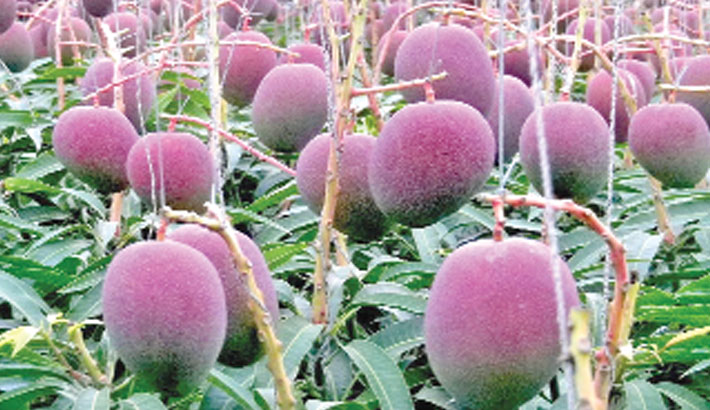 A couple in Madhya Pradesh has hired four security guards and six watchdogs to protect what is perhaps their most prized possession - two Miyazaki mango trees.

According to the orchardists Sankalp Parihar and his wife Rani, a customer in Mumbai recently offered 21,000 rupees for one kilogram of the Japanese fruit. In the international market last year, the price of the not-so-“aam” (not-so-common) fruit went up to 2.70 lakh rupees per kilogram. “Some people told me that the variety of mango sold at 2.70 lakh rupees per kg in the market last year. A customer from Mumbai has offered me 21,000 rupees,” Parihar told ANI. When the two saplings were planted years ago, the couple had no idea the tree would bear ruby-coloured Japanese mangoes.

Said to be one of the most expensive mangoes in the world, Miyazaki mangoes are often referred to as “Eggs of Sunshine” due to their shape and flaming red colour.

Local thieves had broken into their orchard and tried to steal the saplings after word spread about the exotic fruit, triggering the security enhancement for the rare fruit.

Miyazaki mangoes get their name from the city in Japan where they are grown. On average, one mango weighs about 350 grams. Rich in antioxidants, beta-carotene and folic acid, the mangoes are grown during the peak harvest season between April and August.