Kamala launches campaign for voting rights across US 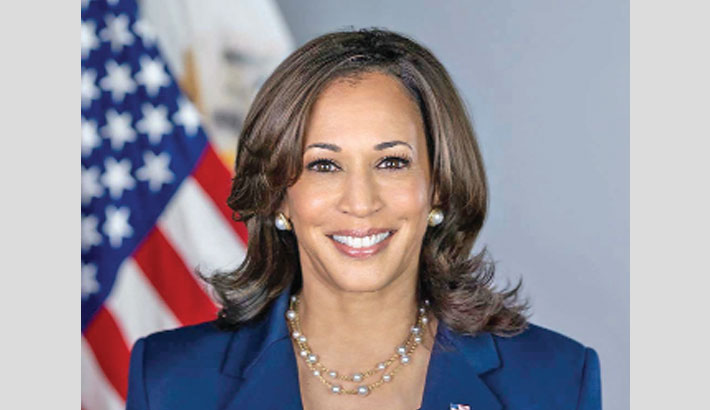 WASHINGTON: US Vice President Kamala Harris on Wednesday promoted the Biden administration’s efforts to advance voting rights when she met 16 fellow Democrats from the Texas state legislature who successfully blocked a bill they said would make it harder for Blacks and Hispanics to vote, reports Reuters.

President Joe Biden appointed Harris this month to lead the charge against Republican state lawmakers across the country seeking to enact voting restrictions.

White House and civil rights groups say the Republican-led efforts would make it harder for Americans to vote. It follows Republican former President Donald Trump’s false claim that he lost the 2020 election to Biden because of widespread fraud.

So far, 14 other US states have enacted 22 laws this year that make it more difficult for Americans to vote, according to a report by the Brennan Center for Justice.

“What we are seeing are examples of an attempt to interfere with that right, an attempt to marginalize and take from people, a right that has already been given,” Harris said.

Democrats in the Texas statehouse walked out on a legislative session last month to deprive Republicans of a quorum needed to pass a voting bill. Texas Governor Greg Abbott, a Republican, has vowed to bring the legislature back in a yet-to-be-called special session.

Under the Texas proposal, drive-through voting would no longer be allowed, early voting would be limited, 24-hour polling sites would be scrapped, and absentee ballots would be more difficult to cast.

Critics say such measures keep many Black and Hispanic voters, traditional supporters of Democrats, from the polls.

Harris plans to bring together elected officials and concerned Americans to build a coalition to work on voting rights and will seek legislation that improves access to the ballot box, senior administration officials said.

US Attorney General Merrick Garland has said his Justice Department will aggressively enforce voting rights, prosecute threats against election officials, double the number of prosecutors devoted to the issue and closely examine how states conduct their elections.

The United States has been coming to grips with a rise in threats from white supremacists and militia groups, while last year’s murder of George Floyd, a Black man, by a white police officer sparked nationwide protests against racial inequity

Voting rights is the second high-profile assignment for the vice president. In March, Biden entrusted her with leading US diplomatic efforts with Mexico and the Northern Triangle countries of Honduras, El Salvador and Guatemala to lower migration from the region.

Harris recently visited Mexico and Guatemala as part of those efforts.