Oil prices fall below $72 a barrel 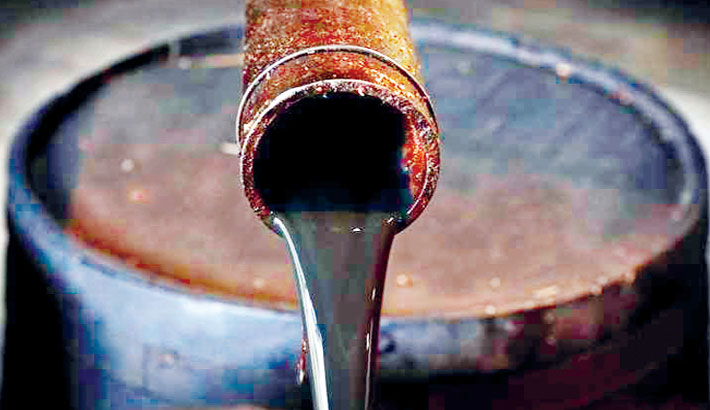 NEW YORK: Oil fell after the Federal Reserve tilted toward tightening policy, aiding the dollar and offsetting signs of a stronger crude market.

Still, the oil market continues to display signs of strength as the pandemic ebbs. A U.S. government report showed domestic crude supplies sank last week as mobility picks up. Separately, Saudi Energy Minister Prince Abdulaziz bin Salman told a conference that the cautious approach taken by OPEC+ to reviving supply was paying off, indicating that he’s sticking to that position.

Oil has rallied this year, with WTI hitting the highest level since 2018 earlier this week, as the spread of Covid-19 vaccines paves the way for anti-virus curbs to be lifted. Even with consumption picking up and stockpiles drawing, the Organization of Petroleum Exporting Countries and its allies have returned only a small portion of supply that was taken off the market last year to rescue prices. The alliance next gathers on July 1 to set strategy.

Brent for August settlement fell 0.7% to $73.84 a barrel on the ICE Futures Europe exchange.

There have also been bullish signs from Asia’s leading economies. In India, which has suffered from a brutal wave of coronavirus infections, road fuel sales rebounded in the first half of June. Meanwhile in China, which has largely contained the outbreak, daily refining rates hit a record last month.

In the U.S., domestic crude stockpiles fell for a fourth week, with states including California easing restrictions as virus cases fall. At the biggest supply hub in Cushing, Oklahoma, inventories sank to the lowest since March 2020.

The market’s pricing patterns remain firm, with near-dated contracts above those further out. Brent’s prompt timespread was 81 cents a barrel in backwardation, almost double the 42 cents seen two weeks ago.