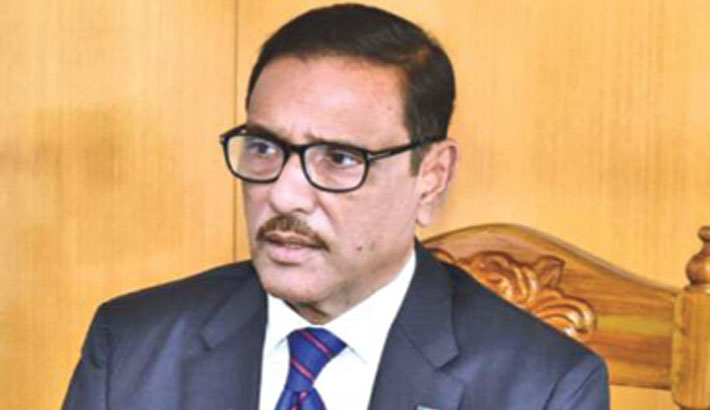 Awami League General Secretary Obaidul Quader on Sunday urged party leaders to refrain from making comment which is conflicting with the party’s ideology, interest and discipline.

“Don’t make any comments that could be conflicting with the party’s ideology, interest and discipline,” he said this while addressing at a virtual press briefing from his official residence on parliament premises in the capital. Quader, also the road, transport and bridges minister, said none can dissolve or form any committee or suspend anyone from the party without taking permission from the AL Central Working Committee.

“AL President and Prime Minister Sheikh Hasina has given the directives to strictly abide by organizational discipline and inform the assigned divisional leaders if there is any problem in their respective divisions,” he said.

“Legal action alongside the organization action will be taken if anyone is found involved in wrongdoings or tarnishing the image of the party and the government,” he added.

Mentioning that Bangladesh Nationalist Party’s foreign-dependent politics is now isolated from the root, Quader said that BNP itself is creating crisis by taking stance against the country and the people.

“To hide their failures, BNP leaders are now out to make the party workers daydream of a robust movement and making comments to protect themselves from the wrath of party workers,” he said.

The AL general secretary said the people have heard many ‘seasonal shouts’ of movement of BNP while the party workers also saw that their leaders go in winter sleep after calling for movement.

Paying rich tributes to veteran AL presidium and former minister Mohammad Nasim on his first death anniversary, the AL general secretary said Nasim was a devoted and hardworking leader of the party.

The AL and the country lost a patriotic, honest and ideal leader at his death, he said.