13 hurt in armed clash in Ctg 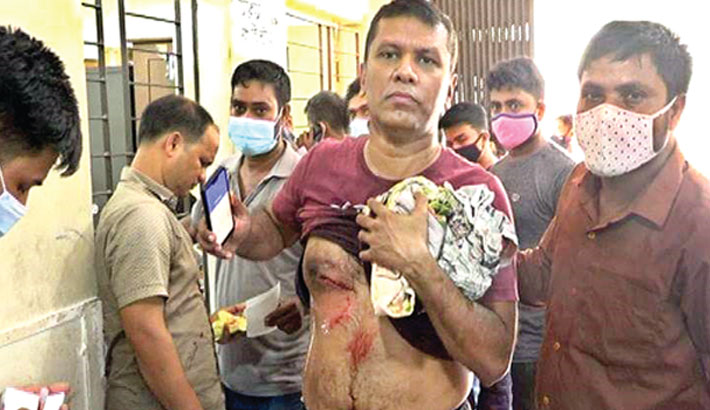 People injured in a clash over ownership of a graveyard receive treatment in CMCH on Friday. —SUN photo

CHATTOGRAM: At least 13 people were injured, including four with bullet injuries, in a clash over ownership of a graveyard in the city’s Purba Bakolia area on Friday.

Sources said that there was a long standing dispute between local leader Yakub Ali and people of Moulavi Bari of the area over graveyard’s land.

The incident occurred when the people of Moulavi Bari went to the graveyard for hanging a signboard the supporters of Yakub attacked on them in Abdul Latif Hat area around 11:00am. Both sides quipped with arms locked into the clash leaving 13 people injured while four were shot during the clash. Injured were sent to Chattogram Medical College Hospital and they were undergoing treatment there, said ASI Shilabrata Barua of the hospital police outpost.

Officer in-Charge (OC) Ruhul Amin of Bakolia Police Station said on information they rushed to the spot and brought the situation under control. Additional forces were deployed to avoid any untoward situation, he said. The drive is going on to arrest the criminals, he added.