Fire hydrants to be installed in slum areas: Atiqul 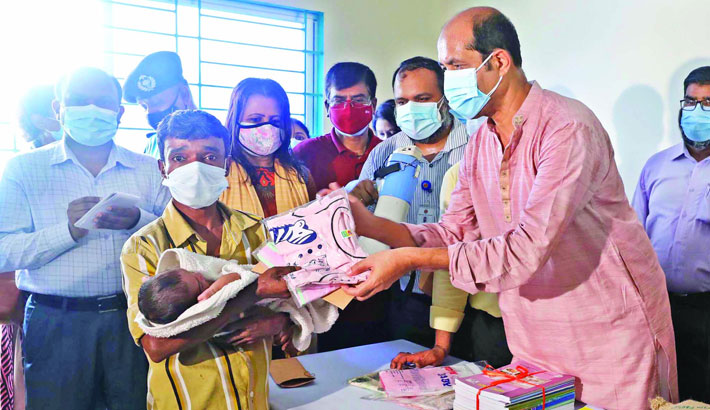 Dhaka North City Corporation (DNCC) Mayor Atiqul Islam on Tuesday said they will install fire hydrants in slum areas so that slum dwellers can immediately take steps to extinguish the blaze in the wake of a fire incident.

“We’ll install fire hydrants in slum areas and train the dwellers to use it. After training, they will be able to respond to fire immediately and can douse it before the arrival of firefighters,” he told reporters after distributing relief among residents of Sat Tola Slum in Mohakahli PHP school playground in the capital.

On Monday, nearly 150 shacks were gutted and three injured as a devastating fire swept through the slum.

Each family affected by the fire received Tk 5,000 in cash, corrugated tin, dry food worth Tk 2000 and crockery items.

After handing out the relief, the mayor announced that they would set aside an allocation in the upcoming budget of the city corporation to assist the fire victims.  The DNCC Mayor also handed over new books to two students of the slum who lost their books in the fire incident.