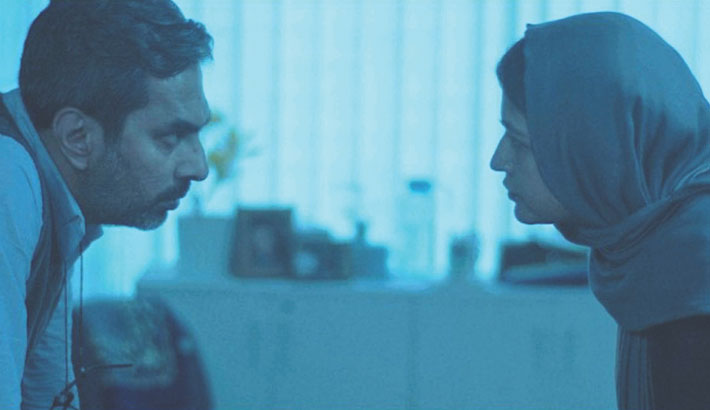 A scene from ‘Rehana Maryam Noor’

Saad’s debut feature ‘Live from Dhaka’ won best director and best actor at the Singapore Int’l Film Festival in 2016, and went on to screen at other festivals including Rotterdam and Locarno.

The story of film ‘Rehana Maryam Noor’ is about Rehana, an assistant professor at a medical college, who struggles to keep the harmony between work and family, as she has to play all the complex roles of a teacher, doctor, sister, daughter, and mother. One evening, she witnesses a student storming out of a professor’s office, crying. Deeply impacted by this event, Rehana’s life starts to spiral out of control. She gradually descends into obsession, seeking retribution, just as she receives a complaint from the school about her six-year-old daughter’s unusual behavior.

The last film from Bangladesh at Cannes was the late Tareque Masud’s Director’s Fortnight title ‘The Clay Bird’ in 2002, which won the FIPRESCI award.