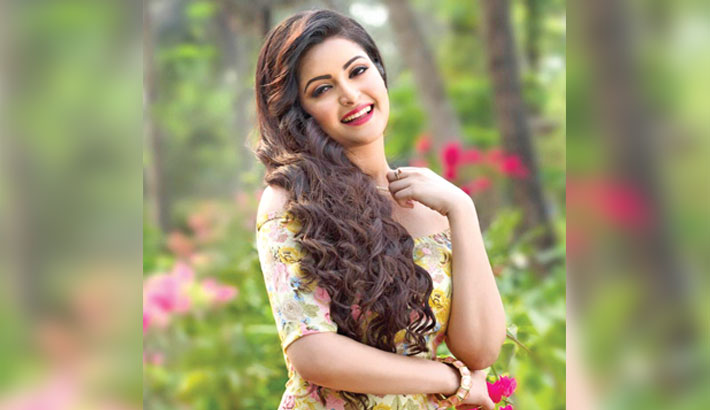 Pori Moni is one of the popular film actresses of the country. Started her media career in 2012, the actress has won the hearts of millions with her fabulous performance.

Pori Moni will now be seen in a web film titled ‘Antarale’. Noted small screen director Chayanika Chowdhury is the director of the film.

Pantha Shahriar has written the story of the film. Kazi Riton is producing the film under the banner of Black & White Film Production.

About the web film, Chayanika Chowdhury said, ‘Pori Moni is a talented actress. She was part of my first film ‘Bishwa Sundori’ and she will also be seen my first web film as well. Our understanding is very nice and what makes this project special is that we share a wonderful bond. I’ve also confidence in Pori."

“We will disclose the name of the other cast of the film soon. Lyricist Kabir Bakul has written a song for the film. Popular singer Konal will lend her voice to the track. If everything goes well, we will start shooting for the film this month. Please keep us in your prayers”, she added.

To note: Pori Moni also starred in Chayanika Chowdhury-directed first film ‘Bishwa Sundori’ which was released on December 11 in 2020. Pori Moni and Siam Ahmed played lead roles in the film. Pori Moni has also got huge response for the film.