Budget View of a Layman 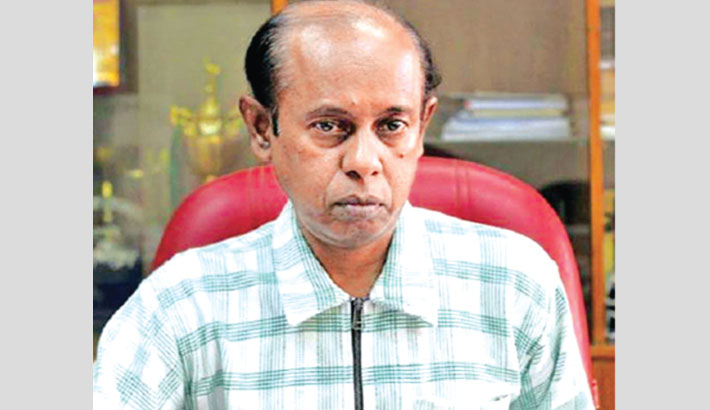 June is a hot month in Bangladesh and also the month of budget that adds many things to the existing heat of nature. Traditionally, the national budget is produced in parliament on any Thursday of June and mandatorily passed on 30th June.

Ministry of Finance prepares the budget. NBR has a consultative committee. It is said that the committee consults only businessmen but never with public representatives or farmers who provide food for people. MP Mr. Fazle Hossain Badsha once alleged that views of MPs, opinion of any expert or common men are not taken before formulating budget (Banglanews24.com 24th June, 2019).

Even Dr. Akbar Ali Khan, former Chairman of NBR and former finance and cabinet secretary, also commented that there is a mistake in budget formulation. Budget is not just a formality. It is the lifeblood of democracy because 'no taxation without representation' i.e. no tax can be levied without the approval of people's representatives. The question is, have they been given enough information? (The Prothom Alo, 9th June, 2013). There is no record that opinion of MPs was taken ahead of preparing the budget. If we theoretically accept that opinion is sought from them, will they suggest anything beyond their class interest when 61.07% MPs in the present (11th) parliament are businessmen?

The word budget has not been used in the constitution. A statement of the estimated receipts and expenditure of the government has been mentioned in article 87(1). Economists, researchers, different organisations, newspapers pass expert comments before and after budget, but mass people do not know what is GDP, tax GDP ratio, deficit or surplus, per capita income, incentive, foreign currency reserve, micro or macro etc. A rickshaw puller or a garment worker or a day labourer does not know what happens to him if GDP or per capita income increases or what he gets from it. They remain afraid of price hikes of essentials. Pensioners (particularly those who have retired from the lower rank and whose only source of earning is profit from sanchaypatra) get worried about the rate of interest.

In some cases considering the public interest, the government reduces customs duty, VAT etc. on certain commodities at the import stage, but mass people rarely get benefited from it. Sometimes the price is increased ahead of budget. For instance, mill owners increased the price of soybean oil Tk. 9 per litre towards the end of last May. Probably the government has nothing to do here. For price hikes, traders don’t wait till 30th June. They raise the price just after announcing the budget.

The total revenue earning target has been set at Tk. 389,490 crore including tax revenue Tk. 346,000 crore. The target of NBR remains unchanged at Tk. 330,000 crore. Balance Tk. 16,000 crore will be collected from non-tax revenue. During the first ten months in the current fiscal year, 2/3rd of the target has been achieved. Collecting the rest 1/3rd within just two months (one month has already elapsed) is not at all easy. ICAB thinks that estimated revenue collection will be difficult.

No budget can please everybody, but it contains some good initiatives. In the said budget of ‘life and livelihood’, priority has been given to public health, employment generation and agriculture. Tax exemption will be allowed for certain services. Import duty on 46 medical equipment (for combating corona) and some other items will be reduced or withdrawn, but the question arises –will consumers get benefits from it? Provision for youth employment is a good idea, but there is no dependable statistic about the number of unemployed persons. Honourable prime minister is asking the youth to be entrepreneurs instead of running after job. It is a wise decision which should be implemented.

Proposals of conditional tax exemption for women entrepreneurs having turnover up to Tk. 7,000,000, 10-year tax holiday for the made-in-Bangladesh brands, 250-bed general and 200-bed specialised hospitals outside Dhaka, Narayanganj, Gazipur and Chattogram are encouraging. Such hospitals require huge financial investment but nothing has been clarified about the source of investment. Moreover, only exemption from tax is not an essential precondition to investment.

Continuation of cash incentive for export of readymade garments is a good decision but not workers owners only get the benefits. Proposal of tax rebate for employers having 10% or 100 transgender employees is a good idea but will transgender persons be interested to work leaving their traditional habit? Or, will competent transgender workers be available? Enhancing allowance to Tk. 20,000 from Tk. 12,000 per month is a tribute to freedom fighters. Expanding the social safety net will be beneficial to more people.

Allocation for ministries has been increased, but allocating money is not enough; rather, the ability to utilise it also important. It has been worked out that during the first ten months of the current financial year, the health ministry could not spend 80% of its allocation on the corona pandemic. Dr. Devpriya Bhattacharya, a former advisor of the caretaker government, has said that the implementation, monitoring, evaluation division mainly analyses the amount of expenditure in particular projects, but only spending money never means the success of the budget implementation. For example, if Tk. 90 out of Tk. 100 of a project is spent during the scheduled time, it is complacently declared that 90% success has been achieved. It is never analysed whether that 90% expenditure provides 90% benefit for stakeholders. Unscrupulous spending is nothing but squandering.

There is always a trend to make a show of spending money towards the end of any financial year. It is a corrupt practice because there are instances that without doing any work bill is collected hurriedly.

As proposed in the budget, the price of some imported items will increase, but it matters nothing to those who are habituated with using these products. As they normally belong to the solvent class, they will use it whatever be the price. Proposal to collect tax at 5% from private universities, medical and technical colleges may be tough to implement. The expected fall of the price of some items sounds sweet, but experience shows that it rarely happens.

As usual, the ruling party has hailed the budget and oppositions have criticised it as a continuation of corruption that will lead the country to economic anarchy. Businessmen are happy, but nothing has been done for benefit of the common people.  Dr. Md. Farasuddin has called it promissory and positive, but corruption and wastage have not been considered. Dr. Atiur Rahman has termed the budget as cautious but growth-oriented. Providing no opportunity for legalising black money has been cautiously appreciated.

Common people have no ability or opportunity to comment on the budget. They only want the scope to work, to live on coarse rice and coarse cloth. Will they get it?