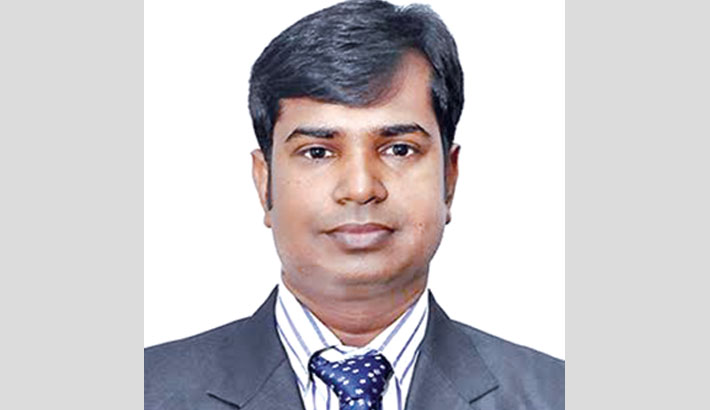 Over the decades, social media has changed our communication system extensively from local to global levels. There has been evolved a dramatic increase in the practice and use of social media in the recent years in Bangladesh too. Social media has become the newest tool and platform for even women to discuss, communicate, voice their opinions, organize campaign and online activism. It is a rising trend and powerful channel for having discussion on women’s rights. It also motivates and encourages the government and policymakers for ensuring gender equality. It can be said, women have become more empowered due to social media in many different ways. Through social media, women across the globe have become connected now and through this they are supporting each other as professionals, lawmakers, politicians, business owners. It is undeniable that the arrival of social media has opened up the windows of new opportunities for women in Bangladesh and empowered them in a new way. This also helps women make their own decision and practice their independence.

However, empowerment of women is crucial for a society to have a knowledge based society wherein personal growth of women will decisively contribute to individual families, thereby contributing to the society and the country as a whole. Social media provides to expedite the voices of women, which have been restricted and contained for generations. Not only women, social media brings people together and make their voice loud.

Women, especially in the developing countries are not empowered in most fields. In most cases, they are dependent on the male members of their family though education and attitude of the society towards women are changing. Social media is working as one of the best tools to empower women. Power of decision-making regarding household, economy, healthcare & childcare and participation in the political and social activities also play a positive role to promote awareness to empower women in the society. Scenario in Bangladesh is changing drastically. Women are getting more empowered in decision-making, earning and having participation in socio-economical, cultural and political activities through new media, especially social media.

Bangladesh has made noteworthy progress in the last two decades in improving the lives of women and girls. Half of the population of Bangladesh is women, and their socio-economic participation has increased significantly. Bangladesh has become a role model in women’s empowerment and development, and the country is experiencing an appreciable change in the society because of its efforts in this regard. The number of working women has increased to 18.6 million in 2016-17 from 16.2 million in 2010 (Source: BSS). Bangladesh has secured the 50th position among 153 countries in 2020 as per the Global Gender Gap Report-2020, whereas Nepal, Sri Lanka, India, and Pakistan remain at 101, 102, 112, and 151 positions respectively.

Empowerment of women refers to decision-making power in the social, economic, and political spheres. Empowerment of women is very essential to achieve Sustainable Development Goals (SDGs) 5. All the targets of SDG 5 advocate ending all forms of discrimination against all women and girls everywhere, ensuring women’s full and effective participation and equal opportunities for leadership at all levels of decision making in political, economic, and public life, enhancing the use of technology, particularly in information and communication technology with an aim to help women in achieving empowerment in the society. Government has initiated a project for creating women ICT entrepreneurs and designed a project to create more women entrepreneurs in the Information and Communication Technology (ICT) sector. The ICT division has taken an initiative to empower 10,500 women through a project called "She Power Project: Sustainable Development for Women through ICT" through three types of programs - Women freelancers to entrepreneurs, IT service providers and Women call center agents.

Social media is a platform that provides an online space for practicing self-expression where one can voice one's feelings, insights, opinions, attitudes, beliefs, and emotions. Self-expression helps one feel contented and attain happiness, whereby freedom boosts their self-integrity, self-confidence, and self-reliance irrespective of discrimination and cultural pressure that the social media leads to explore. New media, especially social media has evolved and transformed as well as witnessed significant transformation in style and conduct of portraying women. Over a period of time social media has changed the manner of depicting women.

Social media has made possible new ways of doing business and networking for women. A noteworthy growth in the number of women entrepreneurs operating on social media platforms in Bangladesh has been observed in the recent years, especially during the tenure of covid-19. Social media and online presence on social media offer women new liberty, freedom, empowerment, independence and control. It enables women to try and explore things. Social media increases possibilities of reducing unemployment, generating self-employment, and improving their financial resources, thereby contribute to the economy. As such, social media builds self-confidence in women with improved financial status as entrepreneurs who consequently contribute to their personal growth as well as growth of the society and development.

Many women in Bangladesh have lost their jobs during the Covid-19 pandemic are using social media to run their own businesses, though it is not an easy task. In our context, social media is becoming one of the most powerful tools where women can start new ventures or start-ups as they can contact and converse with customers and consumers directly and take feedback and suggestions about their online products or services within short durations. Marketing through social media is also very cost-effective and easy.

A noteworthy growth in the number of women participation on the platform of social media in our country has been very significant in the recent years. According to the GSMA's 2020 Mobile Gender Gap Report shows that, 16% of women are using mobile internet compared to 33% of men. In 2019, 73 per cent of men were aware of using mobile internet against 71 per cent of women. Another report of the Bangladesh National ICT Household Survey 2018-2019, 34.2% of women are using the internet compared to 53.2% of men respondents.

The Government under the leadership of the Hon'ble Prime Minister Sheikh Hasina has undertaken various programs to materialize Vision 2021 and Vision 2041 for establishing the rights of women, their empowerment and mainstreaming them in the overall development. The government has also formulated several laws, rules, and policies to ensure men and women's equal rights considering all aspects including technology and media. 'National Women and Development Policy 2011' has been formulated to assure women's development and empowerment.

In our global village social media has brought people closer. It has changed the way of people’s life and thus made communication much easier. Social media is the latest platform to enhance and enrich women’s voice too. It has the fastest and huge coverage to spread awareness about women’s rights. No doubt, it can facilitate women’s autonomy, especially power of decision-making, which is the basic foundation and important indicator of empowerment. The way social media has played its part in portraying the atrocities faced by women and empowering women, no other sector could do it so vividly and strongly. Social media so has outreached the physical and geographical boundary in portraying women’s image and empowering them in a new dimension.