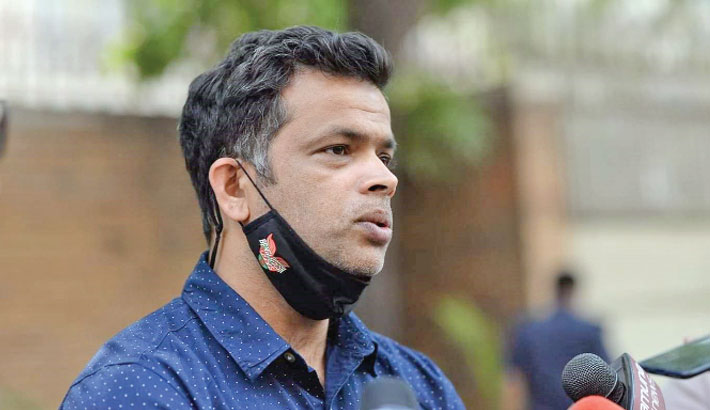 National selector Abdur Razzak on Saturday said that they are thinking of following rotation policy to manage their cricketers’ workload during their upcoming full-fledged series against Zimbabwe scheduled next month.

Bangladesh are scheduled to play one Test, three ODIs and three T20Is during their month-long tour in Zimbabwe for which they are expected to leave the country on June 29.

“Of course we are thinking of that (rotation policy). Bio-bubble is the biggest challenge nowadays. If you pay attention to the national cricketers you can see that they are out of home for so many days. We just wanted to see their performances. But we should also see that situation,” Razzak told reporters at the BCB premises.

“We are thinking of giving them rest by rotation which is a very normal thought according to the current circumstances. We are also thinking of allowing their family with them and it will only happen if the board permits,” he added.

Bangladesh national cricketers are currently taking part in the Bangabandhu Dhaka Premier Division T20 League, a domestic Dhaka-club based tournament, which is likely to be ended by June 26.

The Tigers are having a busy time on the field as they previously hosted Sri Lanka for three ODIs before touring the same opposition for two Tests in Kandy in the last few months.

Before their back-to-back series against Sri Lanka, Bangladesh toured New Zealand for limited-over series while they also hosted West Indies for ODIs and Tests earlier this year.

Bangladesh are expected to host a number of series against big teams like Australia, New Zealand and England as part of their ICC World T20 preparations, scheduled in October-November this year after coming back from Zimbabwe.

Razzak said they won’t allow their senior cricketers to take a break for the Zimbabwe series as they are giving the series similar importance as other series as it would be part of ICC World Cup Super League.

“Zimbabwe on their home soil isn’t an easy opponent. If it’s played in Bangladesh then I may call them a comparatively easy opponent. I won’t accept such a request (of seniors’ skipping the series),” he said.

“However, if you think of Australia, South Africa, Pakistan and New Zealand, it’s a different thing. Actually, it’s completely BCB’s decision. They will make the decision. We can just assess whether it will affect the team or not,” he added.