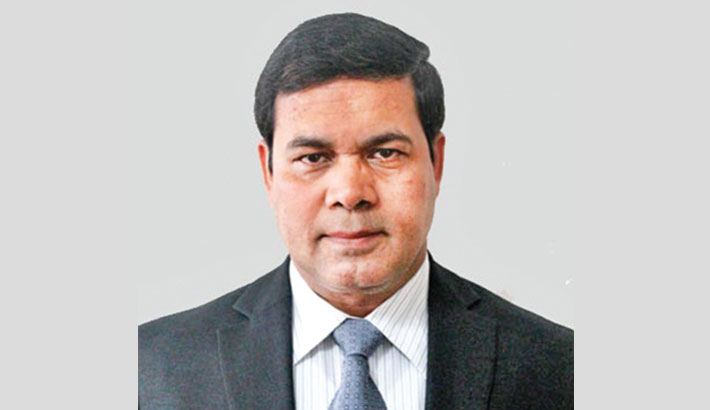 Finance Minister, AHM Mustafa Kamal has presented national budget for the fiscal year 2021-22 with total outlay of over six lakh crore Taka. This year our country is celebrating golden jubilee of independence, so this budget is also golden jubilee budget. During the last fifty years, our economy has grown manifold and country’s socioeconomic condition has gone through rapid changes. While successively in power during the last one-decade, Prime Minister, Sheikh Hasina has consistently undertaking massive development programs which, among others, importantly includes several mega projects, infrastructural development, electricity generation, prioritizing agricultural sector and ensuring social security. In order to support these development works, size of the budget has been significantly increased every year. Even because of continuously undertaking massive budget, the economic growth and improving people’s livelihood are being continued unabated and will be continuing in the years to come.

Budget in the most challenging time: Presenting budget in the current situation is the most challenging task not only for our govt but also the govt of any other country. The whole world is dismantled with Coronavirus pandemic. The world economy has remained almost suspended or partially closed since beginning of the last year. Lives and livelihood have reached the most confronting situation and governments of almost all countries are scrambling hard to trade off between these essential aspects. No one can guess or forecast on how, when and what amount of money will be required for emergency spending for saving people’s lives and surviving the economy. During such a challenging and uncertain time, present govt has been able to present national budget what is not only consistent with the previous budget but also higher than the last year’s budget. Criticism against budget is a very common phenomenon because different people view the budget from different perspective, so no budget in the world is above criticism. Govt.’s success is that amidst severe adversity, they have undertaken the budget keeping objective to support economic growth and achieving GDP target.

Deficit versus surplus budget: In our country, budget commonly receives criticism of deficit budget and this year’s budget will not be exception to that. In fact, as per economic theory budget may be in three categories which include surplus budget, deficit budget and balanced budget. Surplus budget is hardly seen while balanced budget is almost impractical approach. Deficit budget is commonly undertaken. In the context of developing countries, deficit budget is the most appropriate approach because for uplifting country’s economic growth, massive development work is required to be undertaken for which the country has to undergo deficit financing. So, deficit budget is not the problem at all, however, financing the deficit expenditure is the most important aspect. In our national budget, there are always two parts of which one is revenue budget while the other is capital or development budget. Revenue budget is always prepared as surplus budget but development budget is prepared as deficit budget. Since both revenue and development budget is presented together, the overall budget is shown as deficit budget. In the current budget for the fiscal year 2021-22, revenue expenditure is forecasted Taka 3 lakh 78 thousand 357 crore against which revenue collection is estimated Taka 3 lakh 89 thousand crore. So, revenue budget is prepared as surplus budget where amount of surplus is Taka 11 thousand crore. Because of development budget, total budgetary deficit has been estimated Taka 2 lakh 14 thousand 681 crore what is 6.2% of country’s GDP (Gross Domestic Product). This deficit is obviously in an acceptable range and in order to accelerate the country economic growth; this deficit budget is always a praiseworthy initiative. Needless to say that development activity cannot be financed from revenue budget, instead long-term fund is mobilized to finance this type of economic activity. In the developed world, govt issues very long-term Treasury bond to mobilize fund for development project. Even in the USA, govt has issued Treasury bond with 100-years maturity for mobilizing fund to support their development work. Our country’s economic development is now well recognized in the international arena particularly in the developed world. Our foreign exchange reserve has spectacularly increased and credit rating of our country has also significantly improved, so our govt. may consider issuing sovereign bond with 50-years maturity in order to mobilize low-cost long-term fund for financing the country’s development work. In the developed world, especially in the USA, there are innumerable hedge-fund company and private fund managers, who are in possession of enormous investable fund, so they can easily invest in govt’s bond. By undertaking development work through mobilizing long-term fund from different sources, govt can easily separate capital / development budget and present only revenue budget as national budget on an yearly basis. Development work is an ongoing process requiring massive financial involvement and tenure of the project is also very long. So, presenting expenditure of development work through annual budget has no justification. Separating development budget part from national budget can easily remove the scope of deficit budget criticism. We have to keep in mind that the way country is advancing and its economy is growing, time has come to replace our conventional budget with the modern budget approach.

TIN for Sanchaypatra purchase:  This budget has included the measure of making TIN (Tax Identification Number) mandatory for purchasing Sanchayaptra valuing above two lakh, which seems to be the most detrimental budgetary measure. Because of this decision, innumerable common people who invest in Sanchayapatrs to maintain their livelihood with the income earned thereon, will face tremendous difficulty. We have to keep in mind that benefit of budget is indirect and received after long time, whereas imposing TIN as mandatory for purchasing Sanchayapatra will immediately affect common people who will consider this budget as govt’s bad decision. Without making TIN easily receivable and ensuring TIN for all people, such decision of imposing TIN as mandatory for purchasing Sanchayaptras over Taka two lakh is not justifiable at all. This simple measure will tarnish the govt’s milestone achievement of presenting praiseworthy budget. We believe Finance Minister will consider people’s plight likely to be arisen form this detrimental budgetary measure and will remove this measure.