Thoughts on Environment: Corona and Climate 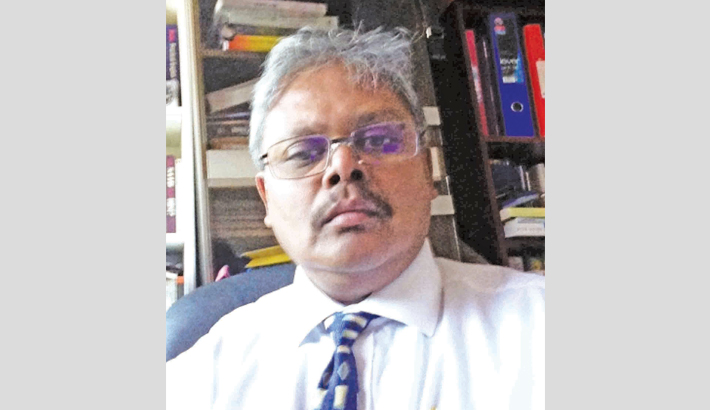 Coronavirus and climate change are two global issues. We need to think locally but act globally about these two problems that humanity is confronting now. There are some personal behavioural elements attached to these problems. Recently John Hopkins University published a report on the role of diet in climate control. The report mentioned that “If global trends in meat and dairy intake continue, global mean temperature rise will more likely exceed two degree Celsius, even with dramatic emissions reductions across non-agricultural sectors.” On the other hand, the spread of coronavirus cannot be controlled without changing some of humanity’s behavioural issues such as avoiding three C: close contact, close space and crowded area.

Nature is a common element between corona and climate. Restoration of nature, which is the theme of this year’s World Environment Day, to be held on 5 June, is an important aspect of managing climate change and the virus. Early studies suggest that bats in nature are the source of the coronavirus. From that natural host, the virus would have jumped to some other species (pagolins were a prime suspect), travelled into the Wuhan market and made the leap into some of the human bodies, circulating through the stores. Then the virus propagated through the world and created its’ new variants locally.

In 1922 Hydrologist V E Timonov, painted a gloomy picture of the effects of exploiting nature. Timonov wrote, “The climate is being ruined. The conditions for life are deteriorating. Capping his victory over Nature, men place amidst the most attractive scenery disgusting billboards, especially perverse forms in this age of steam and electricity, the two forces impelling factories to spew their foul-smelling gases into the atmosphere, greatly impairing the enjoyment of nature.” These voices were very active in a short period of time. Then fossil capital started ruling the world. It was not unnoticed by Paul Crutzen, a Dutch chemist, who shared a Nobel Prize for discovering the effects of ozone-depleting compounds. He mentioned that the earth is in a new geological era known as ‘Anthropocene’.

Crutzen wrote up an essay titled ‘Geology of Mankind’ in Nature (2002), where he mentioned that “It seems appropriate to assign the term ‘Anthropocence’ to the present, in many ways human-dominated geological epoch.” Crutzen cited the following in the above-mentioned essay:

-Human activity has transformed between a third and a half of the land surface of the planet.

-Most of the world’s major rivers have been dammed or diverted.

-Fertilizer produces more nitrogen than is fixed naturally by all terrestrial ecosystems.

-Fisheries remove more than a third of the primary production of the ocean’s coastal waters.

-Humans use more than half of the world’s readily accessible freshwater runoff.

Crutzen also mentioned that “People have altered the composition of the atmosphere. Owing to a combination of fossil fuel combustion and deforestation, the concentration of carbon dioxide in the air has risen by forty person over the last two centuries, while the concentration of methane, an even more potent greenhouse gas has more than doubled.” Because of the anthropogenic emissions, Crutzen predicted that the global climate is “likely to depart significantly from natural behaviour for many millennia to come.”

However, Schwagerl, a Germany-based author, gives us some hope and said that “Earth might not yet be irreparably transformed in a short period of time but handled with care, so it could be handed down to others. This gives the anthropocene a meaning not only for scientists but for everyone.” While we humans are destroying the environment through our development activities, we also know from history some nature lovers. Herodotus wrote that “The Persian King Xerxes was marching his army through a grove of sycamore trees when he came across one of such beauty that he was moved to decorate it with golden ornaments and to leave behind one of his soldiers to guard it.”

Humans have the potential to destroy their own species. But life can bounce back. Two hundred and fifty million years ago, during the Permian extinction, ocean surface water reached forty degree celsius. Ninety five per cent of earth’s species went extinct and five million years afterward, the earth was a dead zone with little expansion of life. But nature bounced back. Again sixty six million years ago an asteroid impact caused a dust cloud so huge that darkness may have pervaded earth for two years, virtually stopping photosynthesis and leading to the extinction of seventy five per cent of land animals.

We are aware that nature can bounce back, but there are some tipping points we humanity need to observe very carefully. Climatologist Tim Lenton has outlined what tipping points mean. One example he gives is the Antarctic and Greenland’s sea-ice melt. World Sea would rise by seven metres if Greenland’s ice cap melted. But if Antarctic ice melted in its entirety, it would add seventy metres to our oceans. This means the end of the present civilisation. Lenton further mentioned that boreal forest dieback and Amazon rain forest dieback are two other tipping points for the planet. In both cases, the world’s natural systems are pushed past what Lenton calls a ‘critical state’.

In his book, ‘Rebirding’ Benedict Macdonald suggests that “In reality ecosystems and their inhabitants do not respond to damage straight way. You punch them and they often react years or decades later. Not only do chemicals take years to fully sink into food chains, but also birds do not fall off their perches overnight.”

However, corona and climate also differ in different senses. While the Intergovernmental Panel on Climate Change (IPCC) asked to stop the greenhouse gas emission, World Health Organisation asked to stop the coronavirus transmission. It has been observed that the ten countries with the most deaths from Covid-19 in March 2020 were also responsible for the most cumulative carbon dioxide emission since 1751. In the case of the impact of coronavirus, the global north and global south are not the same. Andreas Malm, a human ecologist from Lund University mentioned that ‘global heating as secular, Covid-19 as shock’. However, the impact of climate change is much wider and destructive than the impact of coronavirus. Who is to blame for climate change? There is no single clear enemy. In the case of coronavirus, one can feel that today’s actions will have real and demonstrable consequences in the future.

Corona and climate are the two dimensions of our current life. In between them, the bridging element is nature. Poet Percy Bysshe Shelley wrote-

“Away, away, from men and towns,

To the wild wood and the downs—

To the silent wilderness

Where the soul need not repress

Its music lest it should not find

An echo in another's mind,

While the touch of Nature's art

We should not stop the music of nature. Because nature can heals the humanity from the impact of coronavirus and climate change.

The Writer is a UK based Academic, Chartered Scientist and Environmentalist, Columnist and Author