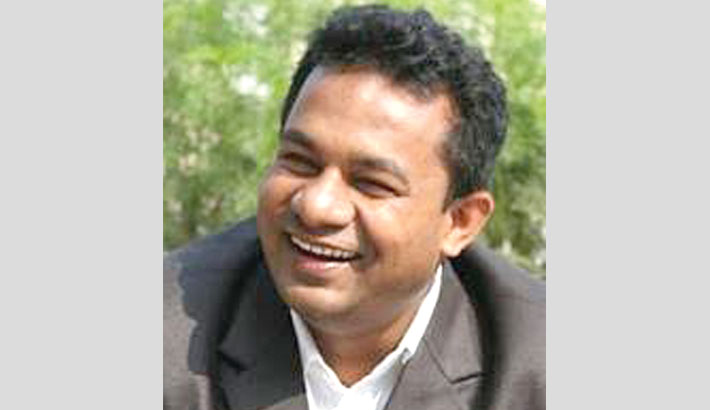 A recent twitter post issued by the Ministry of Foreign Affairs of Israel welcoming the removal of ban on travel to Israel on E-passports being issued by Bangladesh has created confusions, debates and discussions without proper understanding on the issue. The confusion emerged from the new booklets of E-passports which does not contain the provision “all countries except Israel”. According to the Bangladesh Foreign Ministry Facebook official page,

“The removal of the observation has been done to maintain international standard of Bangladeshi e-passports and does not imply any change of Bangladesh’s foreign policy towards the Middle East. The ban on travel of Bangladeshi passport holders to Israel remains unchanged. The Government of Bangladesh has not deviated from its position on Israel and Bangladesh remains firm on its long-standing position in this regard.”

To understand Bangladesh policy in resolving the decades-old Palestine-Israel conflict, one needs to look at the past, the policy of Bangabandhu Sheikh Mujibur Rahman, the Founding Father of Bangladesh. In December 1974, in an interview with the UAE Radio and Television, Bangabandhu strongly expressed Bangladesh’s support to the just cause of the Palestinians. According to Bangabandhu, Bangladesh will always be with the exploited people, in the cause of human liberty and human freedom as the country received freedom, fighting with the colonial power, Pakistan and sacrificing three million lives. Bangabandhu very strongly spoke for the just cause for the Palestinians in the 1973 Commonwealth Conference, in the 1974 United Nations General Assembly. As recognition, the Palestine authority has named a road in Hebron after Bangabandhu Sheikh Mujibur Rahman.

This is the historical legacy of Bangladesh’s position with the Palestine issue. Since 2009, the daughter of Bangabandhu, Sheikh Hasina is in power who continued Bangabandhu’s legacy with regard to the Palestine issue. In fact, under Sheikh Hasina, Bangladesh supports the exploited irrespective of nationality, creed, colour, race or religion which was also the philosophy of Bangabandhu’s international relations. This is also reflected in Sheikh Hasina’s peaceful international relations. For instance, despite huge limitations, Bangladesh opened door for nearly 1.2 million Rohingya refugees from a humanitarian ground, for the sake of humanity.

One can mention Bangladesh’s position in the recent Israeli attack on Gaza which resulted in more than 230 Palestinians killed including 65 children in 11 days of violence. On the Israeli side, 12 people have been killed. According to the Gaza officials, the estimated cost of the war would be worth US$ 322 million, while at least 184 residential towers, houses, and 33 media centres have been completely demolished, with a loss value of US $92 million. Thus, this is a huge loss for the Palestinians both in terms of human casualties and infrastructural damage.

The Bangladesh government strongly condemned the attacks of terrorist nature and violence unleashed on the innocent devotees and civilians at Al Aksa mosque compound as Bangladesh believes in peace and peaceful co-existence. The peace-loving people of Bangladesh also protested against the Israeli bombardments in Palestine either through writing a Facebook post or creating a human chain or writing a column in the media. According to their ability, the people of Bangladesh also contributed to the people of Palestine through the Palestine Embassy, Dhaka.

Sheikh Hasina as the Prime Minister of Bangladesh expressed grave concern over Israeli attack to the Palestinian. Therefore, on 12 May 2021, Sheikh Hasina wrote a letter to the Palestinian President Mahmoud Abbas expressing her solidarity with the just cause of the Palestinians. In the letter, she urged the international community to ‘take sustainable measures to end such kinds of acts anywhere and everywhere in the world including Palestine’.

Bangladesh also raised a strong voice in the UN Security Council to resolve the Israel-Palestine conflict permanently. According to Bangladesh Foreign Minister A.K. Abdul Momen, ‘Bangladesh believes in a comprehensive and durable solution to the Palestinian issue in accordance with the relevant UN resolutions, the Arab Peace Initiative and the Quarter Road Map’. And thus Bangladesh urges the UN Security Council to address the Palestine issue on an urgent basis. According to the Bangladesh Ministry of Foreign Affairs, ‘Bangladesh reaffirms its position in favour of establishing a State of Palestine on the basis of two-state solution with the pre-1967 borders and East Jerusalem as its capital’.

Bangladesh also sought cooperation from the major powers in resolving the decades-old Israel-Palestine conflict. For instance, on 17 May in a conversation with the US Ambassador in Bangladesh Earl R. Miller, Bangladesh State Minister for Foreign Affairs Md. Shahriar Alam ‘urged the US to take proactive role for stopping the bloodshed immediately, and reiterated Bangladesh’s support for the two-state solution’.

Palestine crisis is a decades-old problem. It is a problem of humanity which needs to be resolved permanently. Since Bangabandhu’s time, Bangladesh is wholeheartedly supporting the cause of the Palestinians. It is expected that this support will be continued and thus Bangladesh policy will be unchanged as already stated by the foreign policy establishments in the country.

The writer is an Assistant Professor in International Relations, University of Rajshahi. E-mail: [email protected]