All must contribute to save environment 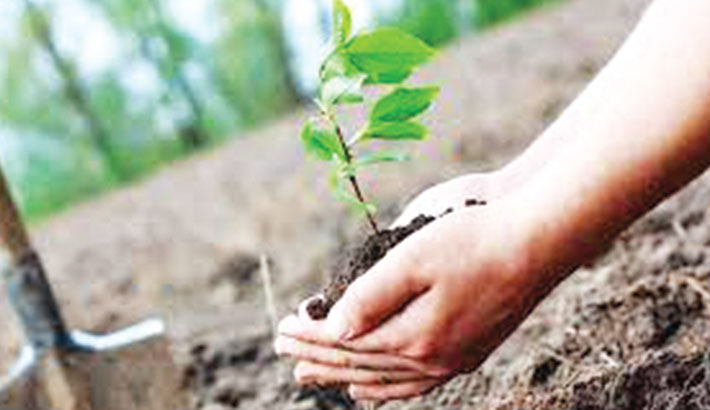 Air Pollution: There is a good reason to worry about the air quality in Bangladesh. She ranks 169th out of 178 countries at the Environmental Performance Index for air quality (2014 score). Mainly in cities and towns air pollution is very acute. As the causes of these pollution, the factories come first, then comes the exhaust of vehicles burning petrol and diesel. As a result, smoke and fumes are produced causing serious air pollution. Besides burning of trash and indiscriminate discharge of human waste in the open also causes air pollution. Serious air pollution occurs in industrial areas. To prevent such air pollution we should be determined to take positive steps to clean our air.

It is impossible on the part of the government to enforce the existing laws properly and bring the violators under justice without the help of the people. So, mills should be shifted from the locality of residential areas. Excessive smoke producing vehicles should be banned. Lead free petrol and Compressed Natural Gas (CNG) should be used in vehicles to minimise air pollution. To live in an air pollution free city is a dream. We should invest all our efforts to materialise this dream. Each and every individual has to be conscious of the problem, abide by the laws and refrain himself from polluting surroundings.

Water Pollution: Bangladesh is grappling with the largest mass poisoning of a population in history, as the groundwater used for drinking has become contaminated with naturally occurring inorganic arsenic. It is estimated that of the 125 million inhabitants of Bangladesh about 35 million are at risk of drinking contaminated water.

Water pollution means making water harmful and unsuitable to be used by throwing waste. Life is another name of water. Water is a life saviour. Water is used not only for drinking purposes but also for household works, agriculture and industrial works. Water is polluted in many ways. Human beings are mostly responsible for it.

Man pollutes water by throwing waste into it, making unsanitary latrines beside rivers or canals. Farmers use chemicals and fertilisers in their fields. These are washed by flood or rain to pollute the waters of nearby rivers, canals or ponds. Mills and factories throw their wastes and poisonous chemicals into the rivers and pollute their water. Steamers, launches and even sail boats can pollute water by throwing oil, food waste and human waste into the rivers and canals.

Clean water is a must for life and polluted water is harmful. Drinking polluted water can make us ill. Cholera, typhoid, dysentery and other water borne diseases occur if we drink polluted water. Fishes die, farming becomes impossible in severely polluted water. We can prevent water pollution by careful waste management. Farmers should use organic fertilisers instead of chemical fertilisers. Sanitary latrines should be used. Above all, common people should be conscious about pollution.

People destroy land by dumping polythene, using chemicals, releasing industrial wastes, etc. It is difficult for a government official to know who, when and where are throwing polythene to pollute soil or water. It is the conscience of an individual that can prevent pollution at large. Therefore, to save the environment is the responsibility of each and every individual, not only the government.