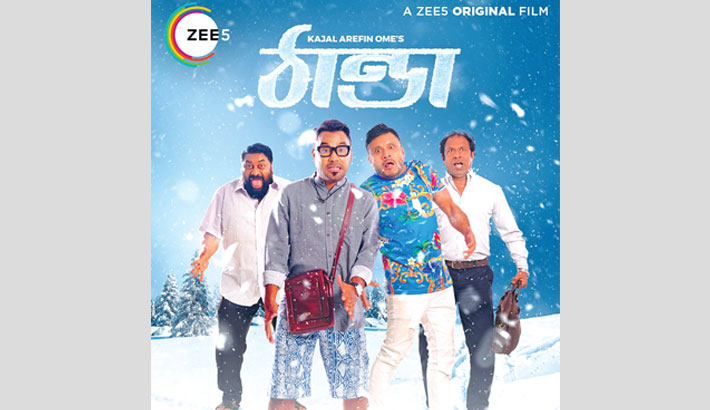 The platform dropped an intriguing poster on Thursday as a first look on its social media handles. ‘Thanda’ will be soon available on ZEE5 and free to watch for viewers across Bangladesh.

Already having amassed a large fan following, ‘Thanda’ captures the delights of bachelorhood as the protagonists find their way through modern life.

Archana Anand, Chief Business Officer of ZEE5 Global, said, “We’re building out a very strong library of local Bangla Originals on ZEE5, and are now happy to add ‘Thanda’ to this.  As a sequel to Bangladesh’s most popular comedy series ‘Bachelor Point’, ‘Thanda’ will be even more entertaining for viewers, and they can expect many more interesting stories and laughs from this.”