Devotional importance of Book of Psalms in spiritual life 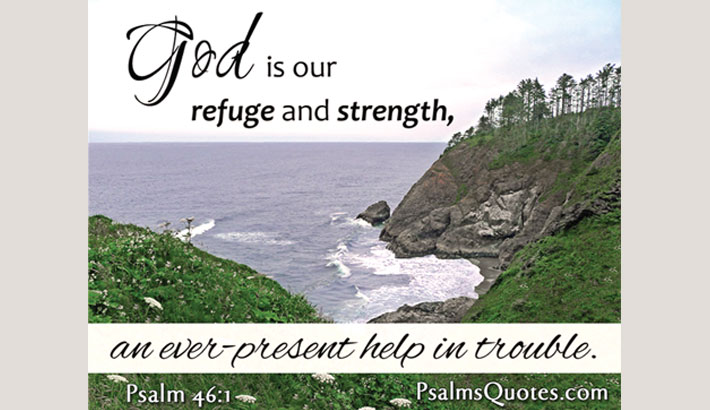 The book of Psalms in the Old Testament occupies a place of great devotional importance in personal life of an individual Christian as well as in corporate worship life. This cannot be exaggerated. We often say that God speaks to us in all the books of the Holy Bible, but we speak to him through the Psalms. They are a collection of songs, of praises and prayers and were collected during the period of more than a millennium spanning the patriarchal period till the Babylonian exile and even afterwards.  The Hebrew Bible calls them ‘Tehillim’ meaning ‘Psalms or Hymns of praise.  The English word ‘Psalms’ comes from the Greek term ‘Psalmoi’ (Singular ‘Psalmos’, the Greek translation of the Old Testament done during the second century B.C). The Psalms direct our hearts and minds to God. There are also many songs of fervent prayers (Hebrew ‘Tehillot’) in the book.

This book is the holy or sacred poems and anthem book in the Old Testament and also the most read book among the Christians. Out of the 263 quotations from Old Testament in the New 116 comes from the Old. The prophetic book of Isaiah comes second in this respect. Making the largest book in the entire Bible the Psalms contain hymns and prayers covering diverse themes and topics. They include worship, prayers, praises, laments, jubilation, war, peace, prophecies, imprecatory prayers, personal submission and devotion to God, etc making the entire book as the spiritual guide-book for the entire Hebrew people on both personal level as well as collective worship. King David had a great deal to do with the praises and prayers and supplications to the LORD God. His deeply personal experience about God and his relationship to him can be a tremendously valuable contribution to any Godly person in any situation in life: in times of joy and sorrow, in times of trials and test, and so on.

There are 150 Psalms in the Book of the Psalms. This book is known as ‘Al Jabur’ among the Muslims. This is divided into five sections or books. These 5-fold divisions are: book i. Psalms 1-41, book ii. 42-72, book iii. 73-89, book iv. 90-106, and book v. 107-150. Seventy-three of the Psalms are ascribed to the David, who is called the “the sweet singer of Israel (2 Samuel 23:1; refer also to scriptures like 1 Kings 15:22ff, 16: 4-38) 1Chronicles 23:5, Amos 6:5). The rest are authored by several other persons, like Asaph, Heman, Solomon, sons of Korah, Ethan and Moses. Psalms were written and collected during the periods of the kings David, Jehoshaphat and Hezekiah. Probably it was the great scribe Ezra, who gave the final shape of the book as we have it now. All the five sections conclude with a doxology. Notable is also the fact that all the Psalms 146-150 are entirely doxologies. To some the five divisions are meant to imitate the Pentateuch, the first five books in the Old Testament.

Like other poetic books and or the Wisdom Literature in the Old Testament (the books of Job, Proverbs, Ecclesiastes, Song of Solomon, Lamentation, etc.) the Psalmists made great use of the Hebrew poetic device known as ‘Parallelism’. There are as many as 5-6 types of parallelisms. Also imageries, metaphors, similes, alphabetical acrostics are used. Since this piece is merely a simple introduction to the Psalms, no detailed discussion of any of the issues are attempted.

In the time of Jesus Psalms were used in the Jewish worship. Psalms were regularly sung in Temple worship services. Example of such psalms is Psalms numbers 24, 48, 81, 82, 92, 93, 94. The special Psalms known as the Hallel (or Praise psalms) psalms such as, 113-118, psalm 100. There are a few Psalms that are believed by Christian as prophetic references to the enthronement and the sufferings Jesus Christ 2, 22).

Many Psalms were sung at all feasts. Lord Jesus Christ used different Psalms in his teachings to people from time to time. In worship services of all church-denominations, whether Roman Catholics or Orthodox or Protestants the book of Psalms has, in general term, always been playing a significant role for their devotional and spiritual satisfaction of the worshippers. Many psalms are sung, sometimes they are also congregationally read, they are used as alternate reading as part of worship. The book of the Acts of the Apostles (the first Church history book, kept in the New Testament) mentions early churches using the Psalms very commonly (Acts 2:46, 14:23). Also such instances are mentioned in New Testament books, such as, 1Corinthians 14:26, Ephesians 5: 18-19, Colossians 3:16, James 5:13.  In the post Apostolic Psalms continued to be used even after the period of apostles of Christ as early Church fathers continue to use them in Christian worship activities. Monasteries and Nunneries made great use of the prayers and praises in the Psalter in all their devotions and worships. What is known as “Gregorian Chanting” of Psalms reached its finest state during the papacy of Gregory the Great. Vatican II lay great encouragement for Psalms to be sung. Other churches follow suit. The great Christian hymn writer Isaac Watts published his book Psalms of David in the year 1719, which made a great milestone in the musical life of the Western church.